Purebred cats are the result of consistently crossing two cats of the exact same breed. When two different and specific breeds are crossed, however, the resulting offspring is called a hybrid. Many of today’s popular feline breeds that have been created are hybrid cat breeds. 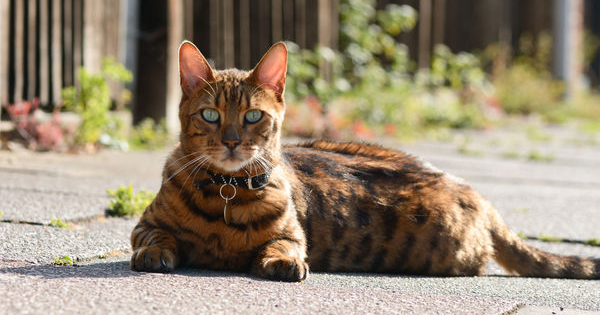 There are two types of hybrid cat breeds that have made their way into homes as loving pets. One of these two types is that which results when two or three specific domestic cat breeds are crossed.

Call of the Wild

Some hybrid cat breeds were created by crossing a domestic feline with a wild cat to recreate the exotic appearance of the wild in a slightly downsized version. In order to ensure that wild hybrid cats are loving and respectable housecats, it is recommended that only specimens that are three or four generations away from the last wild cat in the breeding line be considered as pets.

There is actually one additional type of hybrid cat, which results from the crossing of two wild cats. One example of a wildcat hybrid is the liger, which is created when a male lion is crossed with a female tiger. Such hybrids should never be considered as pets. With no introduction of domestic cats into these lines, they remain purely wild animals that should be considered potentially destructive and dangerous in captivity.

If you desire the unique traits of a domestic and wild hybrid cat, such as a Bengal or Savannah, be sure to do your homework. Some of them have special care and dietary needs, and some cities and states impose restrictions for owning certain hybrid cat breeds.

Home → Breeds → Articles → Hybrid Cats the Best of Both Breeds