If you have fallen in love with the little fluffy toy breed that resembles a fox, know that you have a variety of colors and patterns to choose from if you decide to welcome a Pomeranian into your life. 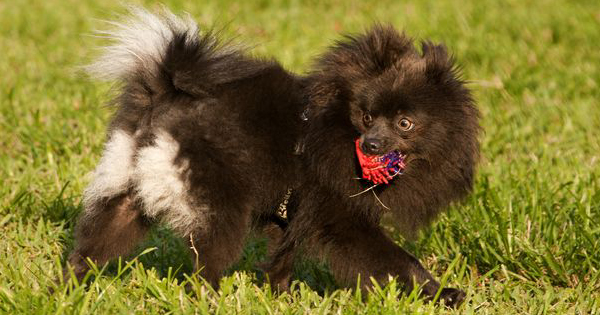 The Pomeranian belongs to a group of dogs that are collectively known as the spitz type of dogs, characterized by small, pointy ears that prick straight up and luxuriously plumed tails that curl upward and rest on the hindquarters. These dogs also exhibit pointy muzzles, and they are covered in dense double coats. When it comes to the Pomeranian, the most common color choices of red and orange come into play in mimicking the appearance of a fox. However, prospective Pomeranian parents are not restricted to a palette that is limited to red or orange. Black Pomeranian puppies have become increasingly popular.

There are more than 25 different colors, patterns and color combination choices to consider when it comes to the Pomeranian coat. Solid black is one of the color options. On the solid black Pomeranian, there are no hairs of any other color. The undercoat may appear as a lighter shade of black, but the outer coat is as black as a nugget of coal. The rims of the eyes, the pads of the paws, the lips and the nose of the black Pomeranian are all black as well, and the eyes are dark in color. For those who wish to add a second hue to the mix, black may be combined with other colors, such as in the case of the bicolor black and tan coat. 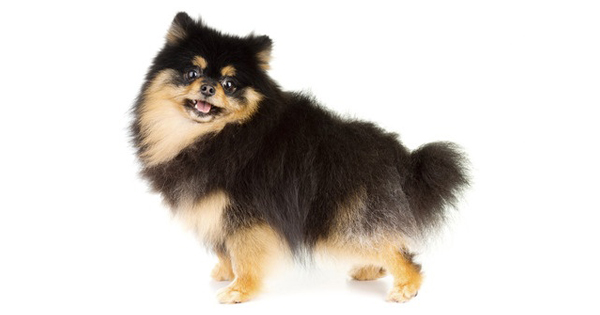 Sable, brindle and blue merle patterns also feature black hairs in the coat. In the case of the sable pattern, black and a second color are exhibited on the individual hairs of the coat. This pattern is often seen on the German shepherd breed. A brindle coat is characterized by black streaks or stripes over a lighter color, such as red or orange. Greyhounds and American Staffordshire terriers often display brindle coats. Merle coats are identified as coats in which mottled patches and spots are exhibited on the coat. One breed example on which the merle pattern is commonly seen is the Australian shepherd. In the case of blue merle, the blue refers to a dilution of black hairs. 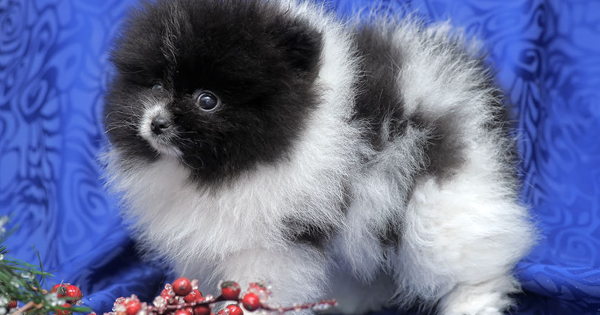 The American Kennel Club website is a valuable resource from which to discover the colors and patterns that there are to choose from for any particular breed. Learn all about the mixed Pomeranian here!

Home → Breeds → Articles → Is the Black Pomeranian a Mixed Breed