If you are like many other cat owners today, you probably think that cats are truly amazing, especially your own furry feline. Although cats can be quite mysterious and even mischievous at times, they can also be very lovable and endearing. If you love cats, read on for some amazing true cat stories about these feline wonders. 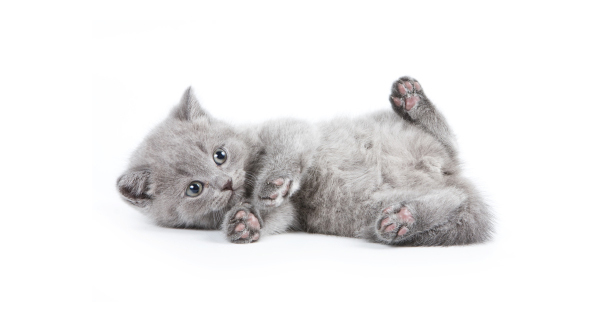 Oscar the nursing home cat. Oscar the cat lives on the third floor of the Steere House Nursing and Rehabilitation Center in Rhode Island. This is the floor that houses advanced-stage dementia patients. Oscar serves as a therapy pet making his rounds each day and choosing to curl up next to those patients who are near death.

While nobody is exactly sure why Oscar chooses certain patients, they do know that he offers invaluable comfort to both the patients and their family members. After a patient passes away, Oscar moves on to another one making it quite clear that his mission in life is to comfort people during their last moments of life. Learn more about Animal Assisted Therapy here.

We all know that cats love to chase such small animals as mice, birds, squirrels and rabbits. However, how many cats do you know that have been brave enough to chase an adult bear? In June of 2006, a tabby cat by the name of Jack did just that! To make the story even more amazing is the fact that Jack is declawed.

While the exact weight of the black bear that Jack chased up a tree is not clear, it is known that the bear was an adult and weighed at least 200 pounds. Jack, who is only 15 pounds, chased the cowardly bear from his New Jersey back yard and up into a neighbor’s tree. Afterwards, he kept watch over the bear for about 15 minutes sitting at the base of the tree and hissing.

Most people have heard about how dogs have traveled long distances to become reunited with their owners. However, did you know that cats have been known to do the same? One such story is about a cream-colored, female Persian mix named Sugar. Sugar’s family were moving from California to Oklahoma but could not take poor Sugar with them so they left her with a neighbor.

Just over a year later, the woman from California was in her Oklahoma yard hanging out clothes when a cream-colored Persian mix jumped onto her shoulder. While she thought the cat resembled Sugar, she was not sure because it was so filthy. She began examining the cat’s left hip as Sugar had a bone deformity on her left hip.

Sure enough, this cat had the same deformity! This Persian mix was, indeed, her Sugar! The woman’s old neighbor in California confirmed that Sugar had been missing for weeks. Sugar had traveled over 1,500 miles to a city that she had never been to before, in an effort to be reunited with the family that she loved and adored.

cats are some of the most popular family pets today, and they are known best for wiggling their way into their owners’ hearts by cuddling with them and purring. In fact, a cat’s purr can be quite calming. When you bring a cat into your home, you are bringing love and joy into your home as well. Read more true stories here: amazing stories about dogs