You have probably heard about the Guinness Book of World Records and know that it publishes a yearly book reporting amazing people, events and places. However, did you know that it reports record-setting dogs as well? If you own a dog or simply love canines, you may find the following record-breaking pets quite intriguing. 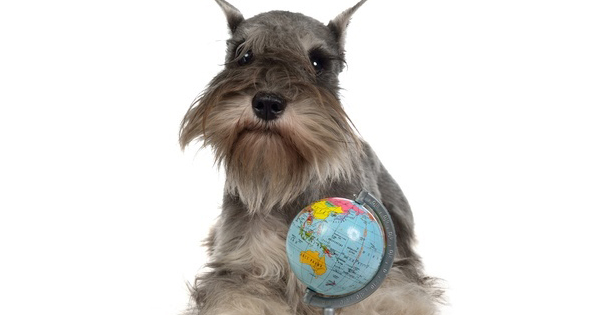 The smallest dog in the world to date is a female Chihuahuanamed Milly who lives with her owner in Dorado, Puerto Rico. Milly stands just under four inches tall and can comfortably sit in the palm of her owner’s hand. Prior to Milly being crowned the smallest dog in the world, another Chihuahua by the name of Boo Boo held the record. Boo Boo was just a bit taller standing four inches tall.

For quite some time, a 43 inch-tall Great Dane from Tucson, Arizona held two Guinness World Records Dogs : tallest dog ever and tallest living dog. Unfortunately, the gentle giant named George passed away in October of 2013 just before his eighth birthday. George had become quite popular and even made TV appearances on such shows as “Good Morning America” and “Live with Regis and Kelly.”

Guinness World Records Longest Tongue A male Pekingeseby the name of Puggy holds the Guinness World Record for the longest dog tongue. Puggy, who lives with his owner in Texas, has a tongue that measures a shocking 4.5 inches long! While this little pup was abandoned for his odd looks, Becky Stanford and her husband fell in love with him and took him home. Puggy is now 13 years old and very happy.

Guinness World Records Tightrope Walking Dog It is quite amazing to watch a person perform on a tightrope; however, it is even more amazing when a dog does it! According to Guinness World Records Dogs, a medium-sized dog, the male sheepdog named Ozzy can walk a 3.5m rope in just 18.22 seconds flat! Ozzy lives in Norwich with his owner Nick Johnson and enjoys performing a variety of tricks.

Guinness World Records Balloon Popping Dog While balloon popping may not seem so unusual or difficult, Anastasia the Jack Russell Terrier from Los Angeles can pop as many as 100 balloons in a mere 44.49 seconds. This has not only given her a spot in the Guinness Book of World Records, but she has also starred in a variety of TV commercials and web advertisements. Anastasia was also featured on “Live with Regis and Kelly.”

Guinness World Records Most Flying Discs Caught Many dogs enjoy chasing and catching Frisbees, but there are few dogs that can catch more than one and hold them in their mouth without dropping any. Rose, a six year old female Labrador /Border Collie mix can catch and hang onto seven Frisbees without dropping any of them.

Guinness World Records Water Balancing Dog Perhaps one of the strangest Guinness World Records Dogs is the most steps walked down by a dog while balancing a five ounce cup of water on its head. An Aussie/ Border Collie mix named Sweet Pea earned this title with 10 steps in January, 2008 at the Sport and Schau Show in Germany. Sweet Pea also holds the title for the fastest 100 meters walked by a dog with a five ounce can on its head (just under three minutes).

Guinness World Records Highest Jump by a Dog The Guinness World Record for the highest jump by a dog is 68 inches, and the winner was a female Greyhound by the name of Cinderella May. Cindy made her record-breaking jump in October, 2006 at Purina’s Incredible Dog Challenge National. According to her owners, not only is Cindy a record-breaking jumper, but she is also a certified therapy dog in her hometown of Gray Summit, Missouri.

Guinness World Records Most Dogs Skipping Rope You may have seen one dog jumping rope but how about 13 of them? Uchida Geinousha, who is an expert dog handler in Japan, has trained 13 dogs of various sizes and breed to skip rope at the same time earning them the Guinness World Record for most dogs skipping rope. Geinousha’s dogs are one of the most popular attractions of Japan’s Super Wan Wan Circus.

These are just some of the many amazing Guinness World Records Dogs. However, no matter what breed of dog you may have, it is special in its own way. Pets are loving and noble creatures that help to make our lives so much more enriching and enjoyable than ever before. In some small way, all of our pets are record-breakers to the people who love them.