In a normally functioning immune system, antibodies are produced to fight invading viral and bacterial pathogens in the body. Autoimmune disease in dogs is defined as a condition in which the immune system turns on the dog’s body and produces antibodies that attack healthy cells, tissue and organs. The exact cause for this immune system failure remains a mystery, but genetics may be one potential contributing factor. There are several autoimmune diseases that affect dogs. Depending on which autoimmune disease a dog is stricken with, the attack may be systemic or it may be limited to the destruction of a single type of cell. 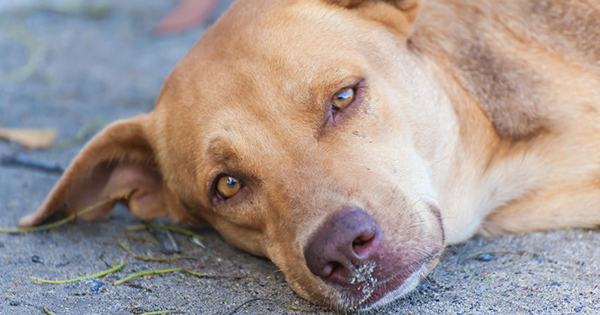 Autoimmune hemolytic anemia is an autoimmune disease in which red blood cells are damaged by the antibodies, preventing the delivery oxygen to the tissues throughout the body. As the red blood cells are damaged, hemoglobin is released. The liver then has to work overtime to break down the excess level of hemoglobin, which puts added strain on this vital organ. The initial signs of hemolytic anemia include pale mucous membranes and lethargy. These signs are due to the lack of oxygen being supplied to the body. As the disease advances, bilirubin accumulates in the dog’s body. Bilirubin is a waste product that results when the liver breaks down hemoglobin. At this stage, the tissues and mucous membranes appear jaundiced. Additional signs include vomiting and a decrease in appetite. The majority of cases is referred to as primary autoimmune hemolytic anemia and occurs without a known cause. Secondary cases of autoimmune hemolytic anemia can result from a number of inciting causes, including cancer, toxin exposure and infection. Treatment for hemolytic autoimmune anemia depends on whether the condition is primary or secondary in nature and on the severity of the disease. The treatment plan may include immunosuppressive drug therapy and blood transfusions.

When a dog is afflicted with immune-mediated thrombocytopenia and autoimmune hemolytic anemia simultaneously, the result is known as Evan’s disease or Evan’s syndrome. The treatment for Evan’s disease includes multiple blood transfusions, hospitalization, immunosuppressive drug therapy and supportive care.

Systemic lupus erythematosis can affect multiple cells, tissues, organs and systems in the dog’s body, including the kidneys, the skin, the musculoskeletal system and various types of blood cells. Some of the general symptoms that present with systemic lupus erythematosis include fever, lethargy and decreased appetite. Additional symptoms that are specific to the affected parts of the body are also exhibited. The treatment for this disease depends on the severity of the illness and on which parts of the body are affected. Some breeds that are predisposed to systemic lupus erythematosis include collies, German shepherds, Afghan hounds, beagles, Shetland sheepdogs, Old English sheepdogs, poodles and Irish setters.

In dogs with pemphigus, the antibodies infiltrate the spaces in between the skin cells, forcing them apart and resulting in the breakdown of the skin tissue’s cohesiveness. This process is known as acanthosis. Some breeds that are predisposed to developing pemphigus include Doberman pinschers, Akitas, chow chows, dachshunds, Newfoundlands, bearded collies, Shetland sheepdogs and German shepherds. The type and severity of pemphigus determines the treatment plan to be implemented.

Most cases of autoimmune disease in dogs are not curable, but they can be managed. Without treatment, they can be fatal. To ensure the most favorable prognoses for autoimmune diseases in dogs, prompt diagnosis, aggressive treatment and lifelong monitoring are critical. Any observed sign of illness in your furry companion should be addressed to your veterinarian as soon as possible.