Many pet owners who reside in California or other areas where earthquakes strike are already acutely aware of their dogs’ uncanny reliability in alerting them to the impending onset of these tremors. 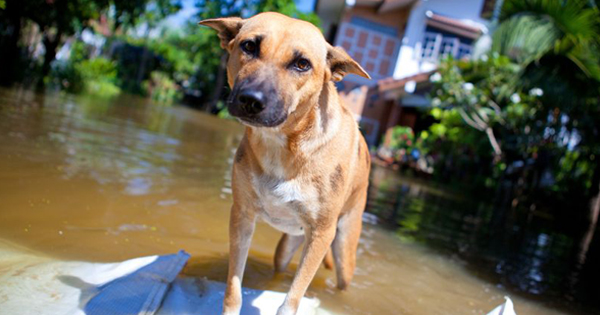 Throughout history, dogs and other animals have demonstrated their ability to sense earthquakes hours before the human populous would experience the violent shocks and tremors that would ensue. The first accounts came out of ancient Greece, and several similar incidents would follow all the way into our modern age. Psychic creatures that included wildlife, animals in zoos and domestic animals, would exhibit agitated and anxious behaviors, and those that were not in captivity would attempt to flee to safer havens. One of the more famous anecdotes arose in Haicheng, China, where dogs and other animals began to display odd and alarmed behavior one day in 1975. In response, the city was evacuated. This was a wise decision on the part of city officials, since a 7.3 magnitude earthquake turned the city to rubble only a few hours later.

The jury is still deliberating when it comes to scientific evidence that proves the theory that dogs can sense earthquakes. Research into the possibility has focused on two of the dog senses, which are feeling and hearing.

Before an earthquake reaches the point at which humans hear the rumbles and feel the vibrations, underground rocks begin shifting and moving. At this stage, smaller seismic waves, which are called primary waves, emit from the activity. These primary waves travel more quickly than the larger secondary waves that follow as the quake progresses, and dogs have a significantly keener ability to notice primary waves than do humans.

Dogs are also able to hear higher frequencies than their human counterparts. Since seismic waves emit high frequencies that exceed the auditory range of the human ear, it is possible that dogs can anticipate an earthquake by hearing the activity before we can. However, the duration in between the primary waves and the destructive secondary waves ranges from seconds to minutes. Tales of dogs becoming antsy during the hours to days that precede an earthquake’s wrath have not yet been explained or scientifically proven.

Advance earthquake warning alarms detect primary seismic waves between 60 and 90 seconds before the devastating shocks of the secondary waves begin. This can be compared to observing a flash of lightening prior to hearing the clap of thunder that follows during a thunderstorm. Theoretically, this means that if your canine companion senses an earthquake, you may only have 60 to 90 seconds to move yourself and your family to a safer location. If you reside along the coast, remember that a safer location means higher elevations to avoid being swept away in a resulting tsunami. Until scientists and animal behavior experts officially conclude their studies with proof that dogs can sense earthquakes far in advance of their arrival, making the quick decision to act on your pooch’s uneasy behavior may be your best chance.