A dog’s sense of smell is astoundingly keener than that of its human counterparts. Dogs learn a lot about the world around them solely by what they smell, which indicates why all of their investigative and explorative efforts involve sniffing and following their noses. 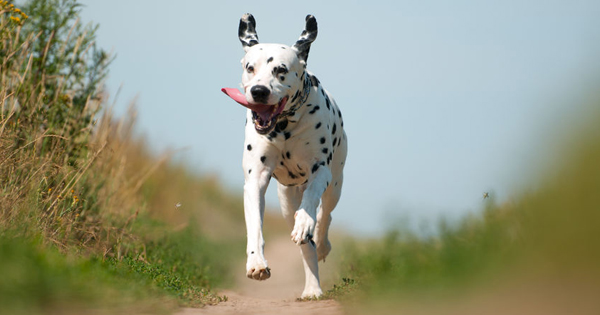 When a dog puts its nose to work, each of the two nostrils, which are also called nares, can flare independently. This is helpful in determining from which direction a scent may be wafting. As the dog inhales the scent, which may be done through both the nose and an open mouth, the scent particles enter the nasal cavity and affix to the mucous within the cavity. This is where a dog’s olfactory receptors kick in to communicate with the brain and process these particles.

In addition to the nasal cavity and its olfactory receptors, dogs possess another structure to aid them in their sniffing quests. The vomeronasal organ, also known as Jacobson’s organ, is located at the base of the nasal cavity. This organ enables a dog to simultaneously sniff and taste what they smell.

What Do Dogs Smell?

When dogs greet other household pets, their human companions and other dogs in a dog park, the first order of business is for the dog to find out what it can about the person or animal by sniffing. Dogs are notoriously skilled at determining when packages of tasty treats have just been opened, but they also use their noses for communication. The sniff greeting picks up pheromones to determine mood or if a female animal is in heat or pregnant. The sniff also tells them where the individual has been, what he or she ate and with whom the individual has interacted. Some dogs can even determine chemical changes in the human body, enabling them to detect cancer and predict diabetic crises, epileptic seizures and impending post-traumatic stress disorder episodes.

Putting The Nose to the Task

The ability of some dogs to pick up or track a scent has made them valued companions on the hunting trails. Find here the top 10 hunting dog breeds ! Their talents have also earned them enlistment into some heroic fields of work, including the following:

Next time you see a service dog patrolling the security checkpoint at your local airport, understand that the dog is focused on the task at hand to keep travelers safe. Do not distract this diligent worker.

Some dog breeds have sharper eyesight than other breeds. Others, such as those that hunt by scent and that serve in one of the aforementioned occupations, have keener senses of smell. Whose sniffer reigns supreme? The following breeds are noted for their outstanding sniffing capabilities:

If you choose to welcome a scent hound, such as a beagle or a basset hound, into your family, be sure to instruct all humans who come and go to make every effort to keep the dog contained in the home or in a securely fenced yard. Once these dogs pick up a scent of potential prey, there is no stopping their determination and their nose from tracking and locating its source.