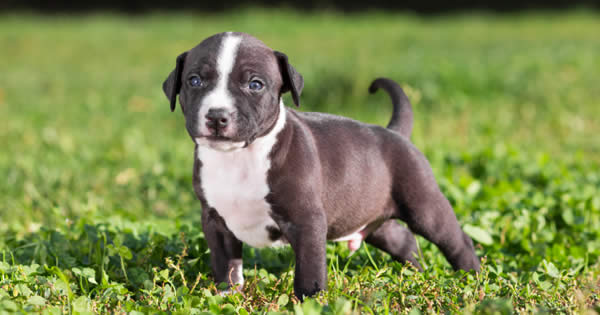 How to Train a Pitbull

Despite what many people think,  pitbulls  are lovable dogs that make excellent family members and are great with children. However, for you to raise a well-adjusted  Pitbull puppy, you will want to take heed of the following useful tips:

At about four to six months of age, it is best to begin obedience training. Pitbulls are very active dogs and can become out of control if they are not properly trained. As such, invest in a good obedience class that uses positive reinforcement rather than punishments. Pitbulls can be quite sensitive and do not react well to harsh training methods.

Play with Your Pitbull

As stated above, Pitbulls are extremely active dogs that require a great deal of daily exercise. Simply playing with your Pitbull once or twice a week will not be enough. If you choose to bring a Pitbull into your home, you will need to play with your pet every day. This can be in the form of several games of fetch, jogging, extended walks or combinations of several fun games per day for you and your pet to enjoy: best exercise for dogs.

Incorporate Your Pitbull into Your Home

It is unfortunate that many people think that they can simply put their Pitbull outside on a chain and the dog will be happy. As mentioned previously, Pitbulls are sensitive breeds that are happiest when they are near their human family members. As such, if you do not want to allow your Pitbull inside your house, you should not get one.

While many people believe that Pitbulls are aggressive or vicious dogs that cannot be trusted, this cannot be further from the truth. In fact, these dogs are extremely lovable and sensitive creatures that want nothing more than to be part of their human family. A well-adjusted Pitbull can bring a lot of joy and love to your home.

October is Pitbull Awareness Month and is dedicated to teaching people about the wonderful aspects of this breed and the myths that surround it. Anyone who has had the opportunity to share their life with a Pitbull knows that these loving dogs are not just pets: they are cherished members of the family!