Cats have featured prominently for centuries in literature and in photography, from classic written works to cozy feline mystery series to glossy cat calendars. The era of the Internet has ushered cats in a new direction to where admirers of the cute and entertaining creatures can log in for a regular dose of kitty charm. They may lack opposable thumbs, but cats have had no obstacles when taking to their own blogosphere. 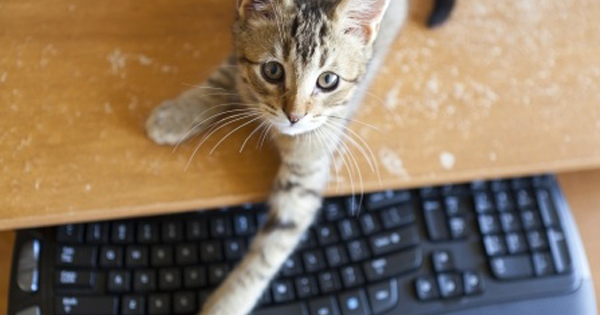 Just as humans have been delving into the blogging scene with their photographs and written word, their literary felines have gotten into the act. A blog that is written by a cat features the stories, trials and tribulations of the specific cat’s life as written from the cat’s point of view. “ Sparkle Cat ” and “ William of Mass Destruction ” are two examples of blogs written by cats. Keep in mind that cats have limited attention spans, and most of these blogs tend to read like brief diary entries. The posts are usually laced with humor, and they are typically accompanied by photographs that are sure to brighten your day.

For cat lovers who want to delve into the day-to-day interactions between cat and owner, blogs that feature text message conversations between the two are enjoyed immensely. One of the best cat blogs in the text blog category is called “ Texts From Mittens,” and its success has resulted in a Facebook page, a regular feature at caster.com and a book publication that features a collection of the entertaining text conversations.

For those who just need a quick fix of cuteness or humor, cat-themed photo blogs are among the most popular of all blogs. This form of blog features snapshots of kittens and cats. One of the best cat blogs that has garnered an astounding fan base is the “I Can Has Cheezburger” blog, for which anyone can submit a feline photograph accompanied by a caption that they create with the site’s application. Once submitted, the picture is reviewed and, if approved, posted on the website and on social media sites, such as Facebook. Some photo cat blogs post solely on Facebook or Tumblr, such as one that is titled “Nothing But Kitty Cats.”

Video blogs feature video posts of cats taking part in their silly antics or demonstrating how far they can push their cuteness factor. As a Scottish fold that resides in Japan and has achieved worldwide admiration, Maru is an international sensation. The “ I Am Maru ” video posts appear on YouTube, and Maru’s most entertaining entries provide footage of the cat attempting to squeeze, wriggle and contain himself into boxes and bags of every size and shape. Watch cat Maru trying to fit into a tiny toy car !

One of the most celebrated Internet sensations in the feline world is none other than Tardar Sauce, better known to all as the sourpuss Grumpy Cat. Her “ Daily Grump ” photos that include sarcastic and surly captions to match her cranky facial expression have taken the world of cat photo blogging by storm. Grumpy Cat has achieved celebrity stardom, and she is now featured in her own comic book series and on various items of fan merchandise.