An instance of abnormal electrical activity in the brain is called a seizure. Dogs, particularly members of certain breeds, commonly experience these neurological events. Because seizures affect a large number of dogs, it is important for owners to understand this health problem. 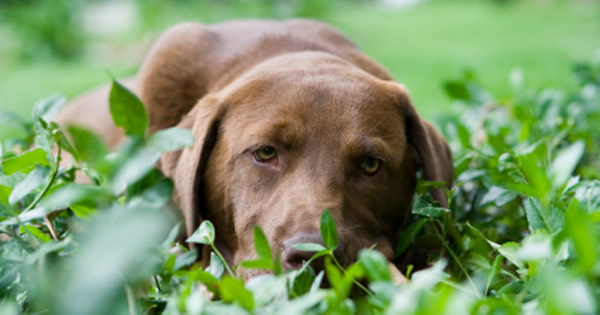 Phases of Epileptic Seizures in Dogs

The most common type of seizure in epileptic dogs is the grand mal seizure. Typically, a grand mal seizure has three phases. First, the dog experiences the pre-ictal phase. This phase, also called the aura, usually involves altered behavior, such as seeking attention, hiding, crying or appearing restless, and it lasts for a few seconds to a few hours. Following this phase is the seizure itself. Called the ictal phase, this usually only lasts for a few minutes and typically involves a loss of consciousness and rigid extension of the limbs. The animal may urinate and defecate and will often move its legs in a rhythmic manner. The ictal phase is followed by a period of disorientation called the post-seizure state. This phase lasts for minutes to hours. Dogs can also have partial seizures. These seizures usually only involve one part or region of the body and do not cause a loss of consciousness.

What Causes Seizures in Dogs

Seizures in dogs are most commonly attributed to a condition called idiopathic epilepsy. This seizure disorder, which affects 0.5 to 5.7 percent of dogs, has no apparent cause though it is inherited in certain lines. Other less common causes of dog seizures include head trauma, brain tumors, encephalitis, liver disease, kidney failure, heat stroke, hypoglycemia, hypocalcemia, stroke, infectious disease, toxin ingestion and brain abscesses.

Symptoms of a dog seizure often include the following:

How Seizures Affect the Dog

Seizures in dogs are not painful, and a single normal seizure is not typically dangerous. The largest danger to a dog from a single seizure is falling or banging into something while seizing. However, dogs that have multiple seizures in a cluster or prolonged seizures can experience elevated body temperature, a potentially serious cause of complications.

Dog Seizures: What to Do and Treatment Options

If your dog has a seizure, the best thing you can do is make sure the animal is in a safe area where it cannot injure itself. Do not stick your hand in the dog’s mouth. Contrary to popular belief, a dog will not choke on its tongue during a seizure, and you risk serious injury to both yourself and your pet when you put your hand into the mouth of your seizing dog.

After its first seizure, you should get your pet to a veterinarian for further evaluation. If your dog’s seizure lasts for more than a few minutes or your pet has multiple seizures in a short time, you should take the pet to an emergency clinic.

Dog seizure treatment depends on the cause of the problem. For dogs diagnosed with idiopathic epilepsy, no treatment is usually required unless the pet has more than one seizure per month, experiences cluster seizures or has prolonged seizures. Treatment involves the use of anticonvulsant medications, which must be continued for life.

Dogs from the following breeds may be at increased risk of developing idiopathic epilepsy: