Canine Cushings Dogs disease, medically known as hyperadrenocorticism, is a condition that occurs when a dog’s body produces an excessive amount of cortisone hormones. While cortisone hormones are essential for carbohydrate and protein metabolism, too many of them can lead to such problems as hypertension and gastrointestinal disorders. 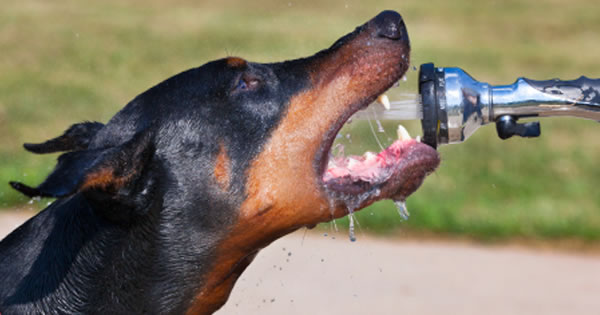 Cushings disease in dogs is a condition that typically develops slowly. As such, in many cases, pet owners do not notice any changes right away. Additionally, many symptoms of Cushings disease are similar to a large variety of other ailments. Nevertheless, there are some symptoms to watch for, and they are as follows:

As stated above, dogs that have Cushings disease can develop various pet health issues including hypertension and gastrointestinal problems. However, they can also develop more serious problems such as diabetes mellitus, thromboembolism, seizures and congestive heart failure.

Causes of Cushings Disease in Dogs

In some cases, hyperadrenocorticism can be caused by the administration of large amounts of glucocorticoid. There are many reasons why veterinarians may prescribe glucocorticoid for dogs including to relieve inflammation, reduce the symptoms of allergies and to replace low cortisone levels.

Breeds Most Prone to Hyperadrenocorticism

While Cushings disease dogs can occur in most any breed of dog and at any age, the condition most often affects canines that are middle-aged or in their senior years. Furthermore, there are a few breeds that seem to develop the disease more often than others, and they are listed below:

Treatments for Cushings disease dogs depends on what caused the condition. If it was caused due to glucocorticoid shots, the injections will need to be discontinued immediately. On the other hand, if it is determined that the condition was caused by a tumor, surgical removal of the tumor may be necessary.

In some cases, the disease can be treated with various medications such as Vetoryl, Lysodren or Anipryl. This is true if the condition was caused by a pituitary tumor. However, dogs that are treated solely with medication will need to undergo regular blood tests and evaluations.

Cushings disease can be a serious condition in dogs when it is not treated properly. Nevertheless, if you look out for the symptoms as listed above and seek treatment promptly, you can extend your dog’s life. While some pets may require surgery, there are some that can be treated with medication.