A hissing cat is not to be taken lightly. Why do cats hiss? A cat that hisses is doing so in response to a perceived threat that can present from another animal or from a human being. The hiss conveys two simultaneous emotions that are taking place, but in the simplest translation, the cat is ordering the threat to back off. 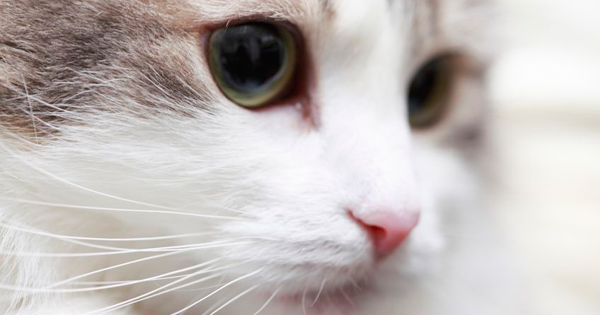 Why Do Cats Hiss?

The hiss is simply a burst of air that the cat forcefully exhales along the channel of its arched tongue through its open mouth. Cat hissing bears an uncanny resemblance to a hissing snake. The act serves the same purpose. When a snake sends a warning to intruders, it hisses. A cobra will also spread its characteristic hood in a show of threatening power, while a cat takes on its own accompanying power stance while hissing. A cat’s mimicry of this predatory behavior was honed long ago for survival in the wild.

The driving factor behind the hissing cat is fear. A cat that hisses is fearful about something that has threatened it in some way. Some common examples of such triggers include the veterinary staff that reaches to restrain the cat for an examination, the stranger who is encroaching too close to a mother cat’s brood, the visiting canine that corners the cat in the hopes of playtime or the usually beloved owner who is about to pop an unwanted pill down the cat’s throat. In each situation, the cat either feels directly threatened or feels that something important to it is threatened, such as in the case of the protective mama cat.

Even though the cat is fearful, the hiss response serves to warn the perceived threat that the cat is standing its ground and is prepared to fight. The typical body language to watch for when a cat is about to unleash the warning hiss includes flattened ears. As the hiss is emitted, the lips are pulled back, the mouth is open, and the sides of the tongue are curved upward. The pupils may be dilated, the back may be arched, the hairs may be erect and the tail may resemble a large bottle brush. When a cat exhibits any of these signs, aggressive maneuvers will follow if the threat does not move away.

If your cat hisses whenever your friend visits with his playful pooch, it is easy to identify the fear trigger. In such cases, it is best to provide the cat with an escape route to a location where it will feel safe and secure from the threat. In time, the cat may overcome the fear. Never punish a cat for hissing. Instead, try to verbally reassure the cat. Since a hissing cat is in combat mode, do not attempt to physically reach for the cat. This will surely end in bites and scratches. Instead, focus on removing the threat. If your cat has suddenly started to hiss whenever you try to handle it or pick it up, pain may be the triggering factor. The presentation of cat hissing occurs out of fear of pain, and it is warning you not to touch whatever is painful. This should serve as a prompt to bring your cat to a veterinarian for an evaluation.

Learn more about Why do cats knead