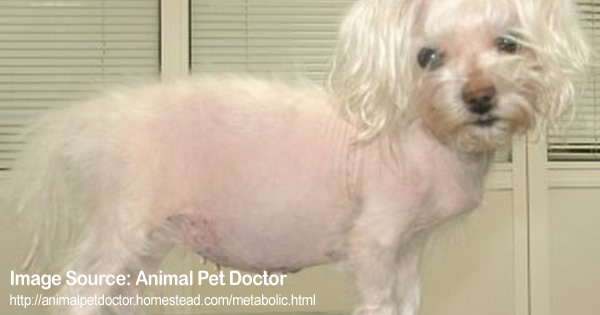 Cushing’s Disease, also called Cushing’s syndrome, is the result of persistent exposure to high levels of steroids on pets, called glucocorticoids, produced in the cortices of the adrenal glands. There are three main causes for this syndrome: Uncontrolled secretion of the hormone ACTH by the pituitary gland; Functional adrenocortical tumors; Glucocorticoid therapy. In dogs, 80 to 85 percent of cases of Cushing’s syndrome are caused by pituitary tumors. Most of these are not cancerous. This pet disease is fairly common in middle-aged and older dogs, and it is rare in cats. Diagnosis is usually based on history, physical examination findings and the results of various laboratory tests.

How Cushings Disease Affects Your Pet

In a normal pet, the pituitary gland secretes ACTH. This triggers the adrenal glands to produce cortisol, the most common glucocorticoid. Increasing blood cortisol levels cause the pituitary to stop secreting ACTH until the levels of cortisol fall again. This negative feedback loop is disrupted in a dog with Cushing’s syndrome, and the result is persistently high glucocorticoid levels. These hormones affect most systems of the body, and consistently high levels produce a slowly progressive disorder with a wide range of symptoms.

The treatment for Cushing’s disease depends on the cause of the increased glucocorticoid levels. In dogs with pituitary-dependent disease, veterinarians typically use medication to block cortisol production. Radiation is sometimes used in animals with large or cancerous pituitary tumors. Surgery to remove the adrenals is often the best treatment for a pet with adrenal tumors. In cases where surgery is not an option, the disease is managed with medication. For most cats with adrenal-dependent or pituitary-dependent Cushing’s syndrome, surgery is the most effective treatment. If Cushing’s syndrome is caused by the use of glucocorticod drugs, treatment involves slow withdrawal of the steroids. Unfortunately, this usually results in a recurrence of the disease that the steroids were being used to treat, and the veterinarian must try to find an alternative medication.

Cushing's disease is especially common in small dogs, but it can occur in dogs or cats of any breed. Some breeds in which the problem is more common include the following: Miniature poodle, Dachshund, Terrier breeds, Beagle and Boxer.