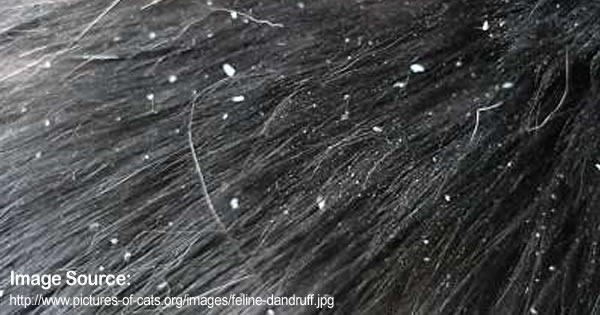 Seborrhea, also called seborrheic dermatitis, is a skin condition characterized by flaky skin. Secondary seborrhea, which is seborrhea caused by an underlying health problem, is common in dogs and cats. Frequent causes of secondary seborrhea include such pet health conditions as parasites, skin infections, metabolic diseases, allergies and immune system disorders. In rare instances, seborrhea occurs absent any apparent underlying cause. This is called primary or idiopathic seborrhea, and it is uncommon in dogs and rare in cats.

How Seborrhea Affects Your Pet

In pets with seborrhea, sebaceous glands produce excessive amounts of sebum, the oily substance that keeps hair and skin supple. This causes the skin to scale and flake. Affected areas also tend to become red and irritated. Pets frequently worsen skin damage and inflammation by biting or scratching at affected areas. The back is rich in sebaceous glands, so it is the area most commonly affected by seborrhea, but this dog and cat health condition can occur anywhere on the body. Typically, it occurs in patches of dry or greasy skin. The dry form of pet seborrhea is called seborrhea sicca, and the oily form is called seborrhea oleosa. Most affected pets have a combination of the two forms. A pet with this disorder have an associated odor. The odor is made worse by secondary bacterial and yeast infections of the skin. Such infections are common in pets with seborrhea because inflamed and damaged tissue is a good breeding ground for infectious organisms.

Symptoms of pet seborrhea can include the following: Flaky skin, White flakes in the pet's hair or its bedding, Redness of the skin, Poor coat condition, Excessive licking, scratching or biting of the skin, Oily skin or hair, Dry hair or skin and Skin odor.

Secondary seborrhea is treated by addressing the underlying cause of the disorder. Potential treatments include antibiotics for skin infections, anti-parasitic medications for parasite infestations, immunosuppressants for autoimmune diseases, various therapies for metabolic disorders and other treatments as needed. Treatment of primary seborrhea is more difficult. There is no cure for this condition, so affected pets require life-long therapy to manage symptoms. Treatments used to manage seborrhea symptoms include fatty acid supplements, moisturizers, medicated shampoos and other medications. Most affected animals require frequent bathing with special shampoos to reduce the number of bacteria and yeast on the skin, decrease the amount of scale and sebum present and help control itching. A pet with secondary bacterial and yeast infections also needs medications to eliminate these infections.