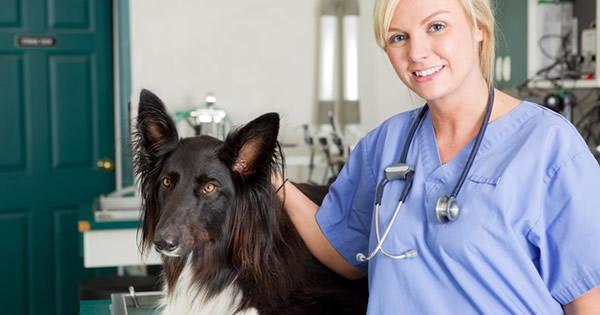 Necessary for appropriate blood clotting, vWF helps to make platelets adherent, and it binds another protein essential for clot formation. When a pet does not have sufficient vWF, blood clotting time is prolonged. This means that affected cats and dogs can have abnormal bleeding episodes and tend to bleed excessively after injuries. Animals with Type I von Willebrand’s disease, the most common form of the disorder, have mild to moderate bleeding problems. Those with Types II and III have severe bleeding disorders. Type I von Willebrand’s disease is thought to be incompletely dominant. This means an animal can show symptoms if it has only one copy of the defective vWF gene, and the disorder is not expressed to the same extent in all animals with the defective gene. The two more serious forms of the disease are recessive. This means that an animal must have two copies of the defective gene before showing signs of the disorder.

Symptoms of the disease vary depending on the animal’s vWF levels. Animals with Type I disease may have symptoms that are easy to miss while those with more severe forms have more obvious symptoms. Common signs of this health problem in pets include the following: Nose bleeds, Bleeding gums, Blood in the urine, Black or red blood in the stool, Excessive bruising and Prolonged or excessive bleeding after injury or surgery.

Type I von Willebrand’s disease is found in all dog breeds, but it is most common among members of the following breeds: Doberman pinscher, Scottish terrier, Shetland sheepdog, Golden retriever, Standard poodle, Miniature poodle, Pembroke Welsh corgi, Miniature schnauzer, Basset hound, Rottweiler, German shepherd, Manchester terrier, Dachshund and Keeshond. Type II disease is much less common but has been associated with these breeds: Scottish terrier, Chesapeake Bay retriever and Shetland sheepdog. The rarest form of the disorder, Type III von Willebrand’s disease, may be more common in German short-haired pointers than in dogs of other breeds. The feline form of von Willebrand’s disease is extremely rare, and there is no strong association with any breed.