When to wean puppies is a commonly asked question in the pet world. First, let’s answer, what is weaning? Weaning is the process of slowly reducing a puppy’s dependency on his mother’s milk while increasing his dependency on puppy food. 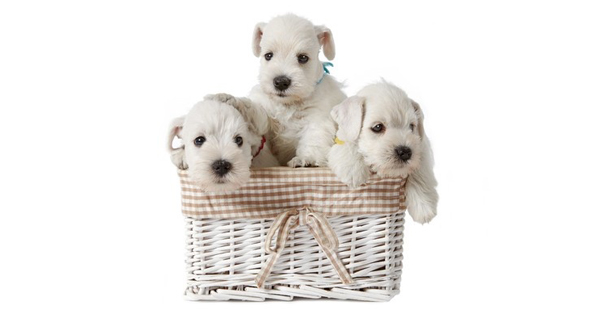 Weaning Puppies – When to Wean

Puppies can generally begin the weaning process about four weeks of age. The weaning process will likely take up until eight weeks or so, though. The process should be gradual so they still have the ability to learn behaviors from their mother and littermates. This also assists the mother dog in drying her milk supply slowly. This is often a somewhat stressful process for both the puppy and the mother; the gradual, slow process can greatly reduce the stress associated with weaning.

Weaning Puppies From Their Mother

What I Should Feed During Weaning When you wean puppies, you should feed the puppies the same puppy food you plan to feed them for their entire puppy stage. The food should be moistened with warm water until it is somewhat soupy similar to gruel. Remember to have fresh water available at all times.

Miss Amber Johnson has many years of experience with pets and is a licensed cat and dog nutrition and behavior specialist. She currently collaborates with PetPremium where she counsels clients in pet behavior and nutrition. The statements made in this article are the personal opinions of Miss Amber Johnson and based on independent experiences and could be different from the opinions of PetPremium Pet health Insurance or any other pet health insurance provider.