While we know you never expect your furry family member to cause harm to you or anyone else, incidents do happen, and injury caused by dogs is too common in the United States. 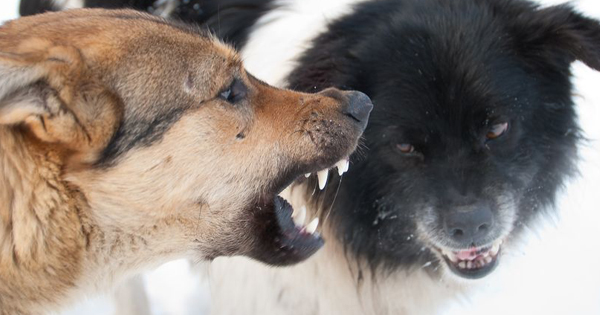 Which dogs could bite?

Almost all dogs involved in attacks have owners, and about three-quarters of dog bites happen to family or friends of the dog owner. Male dogs under the age of 5 are the most likely dogs to bite. The Journal of the American Veterinary Medical Association conducted a study to find the cause of dog attacks, and found that in almost every case dogs were previously abused, withheld from regular human interaction, the victim was a stranger, or there was no person present able to intervene during the attack. Pit bulls and Rottweilers account for over half of deaths caused by dogs, though Pit bulls are the most deadly breed of dogs, causing 3.5 times the death and 6 times the injury that Rottweiler’s cause.

The effects of a dog attacking can be both physical and emotional. If the bite breaks the victim’s skin, medical attention should be sought immediately and the dog’s owner should be contacted in order to ensure the dog’s shots are up to date. Even if there is no visible damage, dog attacks can permanently affect victims emotionally, and victims should be evaluated if a new fear of animals arises.

Can we prevent it?

While most dog attacks can be easily treated, it is in both the victims’ and the dogs’ best interest to take preventive measures and avoid attacks altogether. People should avoid dogs with no owner present and heed to warnings of dangerous dogs, such as Beware signs, dogs with a yellow ribbon, and chained dogs. Parents should teach children to always ask for the owner’s permission before petting an unfamiliar dog. Parents should be especially wary of children playing aggressively or startling dogs. Small children and dogs should never be left alone together. Dogs growling or showing their teeth should be taken as a warning sign that the dog may become aggressive. Learn here more about dog bite prevention.

Even though it important to be informed because unfortunate incidents happen, be sure not to let the risk of a dog bite keep you from loving your pet. While there are several dangerous dogs, there are 80 million nice dogs in the US that couldn’t make better companions.