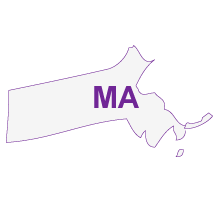 The Boston Terrier was the first dog to be developed as a breed  in the United States. The breed originates in the late 1800, after the American Civil War in Boston, Massachusetts.

If Paul Revere was alive today and was doing his famous midnight run in Massachusetts, he would be exclaiming “Get pet insurance for your pet!” All joking aside, pet insurance   Massachusetts  is beneficial for any pet – including the state dog the Boston Terrier.

The breed is a cross between two primary dog breeds, the English Bulldog and the English White Terrier. In fact, according to the Boston Terrier Club of America, most modern day Boston Terriers can be traced back to Hooper’s Judge and Burnett’s Gyp.

The American Kennel Club recognized the breed in 1893, when 75 Boston Terriers were admitted to the stud book. The breed during the first half of the 20th century was the primary choice for dog owners in the United States. The popularity of the breed during this time can be attributed to American dog owners relying on European breeders to get most of their pets. During the World Wars, it became difficult to import breeds into the United States, which helped increase the popularity of the breed.

In addition to the breed being the first American Breed, the gentle temperament has made it a suitable companion and house pet. They require minimal grooming and a moderate amount of exercise. Plus they are east to train and enjoy spending time with their pet parents.

More About Pet Insurance in Massachusetts

Breed information or related topics found on any PetPremium, Inc. page was pulled from generally available websites and was intended for general information purposes only. PetPremium, Inc. or its underwriter assumes no responsibility or liability for any consequence resulting directly or indirectly for any action or inaction you take based on or made in reliance on the information.