If you have chosen a particular breed of cat, you may already have a good idea of what color that kitty will be. A Russian blue will faithfully sport a blue-gray coat, and a Bombay will be as black as a piece of onyx. The Persian, on the other hand, presents with numerous color choices to choose from. If you opt to adopt from your local shelter or rescue organization, you will be presented with the kaleidoscope of colors that domestic shorthaired and domestic longhaired cat fur coats have to offer. 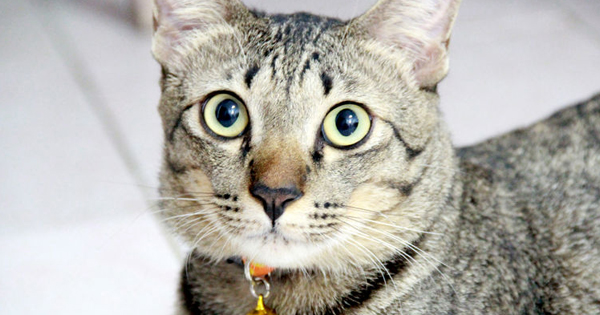 When a cat fur coat appears as white plus a second color, and the two colors are equally distributed over the cat, then the coat is described as a bicolor coat. Some examples of bicolor combinations include white and black and white and gray. When the coat is predominantly black or gray and accented with white paws, a white bib or a little patch of white hairs on the chest, then the cat is called a black and white or a gray and white cat.

One bicolor pattern is often mistakenly used to identify a breed. However, the tuxedo cat is so called to describe the exact pattern of black and white exhibited on its coat. The pattern, as the name implies, resembles a black tuxedo outfit’s pants, top hat, coat and tails. The white paws and chest resemble the shirt and cuffs. Some other variations of bicolor cat coats include the following:

Colors and Patterns, Not Breeds

One tricolor cat coat pattern involves the colors of white, orange and black. The calico cat coat appears as a random patchwork of these three hues, and the sizes, shapes and placements of the patches differ from one calico cat to another. Similarly, the tortoiseshell cat coat appears in the same unique presentations of patterns, but the coat is a bicolored coat of black and orange. Dilute variations of both the calico and the tortoiseshell cats may occur, in which case the black appears as gray and the orange appears as peach. As with the tuxedo, the terms calico and tortoiseshell do not refer to cat breeds; they are used to describe the cat coat patterns and colors. If you have your heart set on a male feline friend, you may be out of luck. Calico cats and tortoiseshell cats are nearly always female. On the rare occasion that a male cat appears with one of these two coats, he is sterile and unable to reproduce. 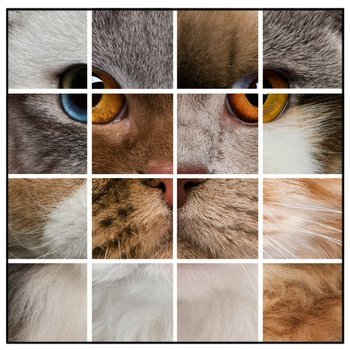 A torbie is a tortoiseshell cat coat that, upon close inspection, exhibits tabby stripes as well as the patches.

Some feline breeds, such as the Siamese, Tonkinese and Himalayan, present with lightly colored fur on their bodies and darker hues on their ears, masks, tails, legs and paws. Some of the most commonly seen color points include the following:

Cats that are clad in some of these color points gaze upon the world through eyes of blue.

Tabby is a term used to describe a cat coat in which two colors present as stripes or marbled patterns. There are silver tabbies, red tabbies, brown tabbies and gray tabbies. The presentation in which the stripes appear on the cat’s body helps to identify the type of tabby pattern. The tabby patterns include the following:

A tabby and white cat is a tabby cat with white paws, and some of these striped kitties also sport a white bib.

You may be faced with a tough decision when it comes time to select a color. No matter which cat fur coat color your chosen companion wears, however, it will radiate beauty and command compliments from all admiring eyes. Find here adopting and buying tips for the future cat parent!