Some dog breeds consistently display a single color scheme in their coats. If you adore the spunk of a West Highland terrier, it is a sure bet that no matter which puppy you choose, it will be a white dog. Some dog breeds, however, are available with coats that span a wide variety of color and pattern choices. 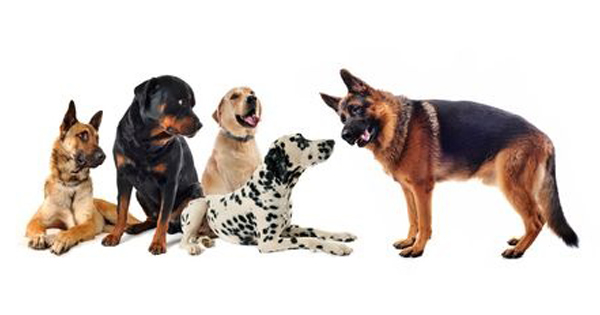 Solid colored dogs, such as the black Labrador retriever, are those that exhibit only one color throughout their coat. Some examples of solid dog fur colors include the following:

Other solid hues include blue, cream, apricot, fawn and orange. Many dog breeds, such as the Poodle, are available in a wide array of solid color options.

A bicolored dog indicates one with a coat that displays two different colors, one of which is usually white. The two colors present similarly in every dog of a specific breed. Boston terriers, for example, go formal in coats of black and white, and this bicolored combination is appropriately known as the tuxedo. Black and rust is a dual color combination that does not include white, such as in a coat sported by the Rottweiler. The Rottweiler’s coat is predominantly black with markings of rust on the eyebrows, legs, muzzle, throat and the underside of the tail. A bicolored presentation such as this is known as the phantom.

A tricolored dog, such as the beagle, the Bernese mountain dog or the Basset hound, presents three colors, such as white, black and tan. Some breeds, such as the Pomeranian, are available in solid, bicolor or tricolor coats, and they are also available in a variety of patterns. 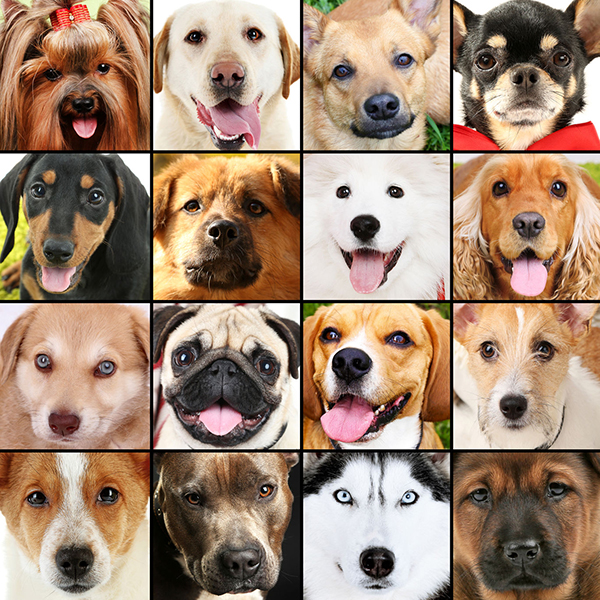 Dogs can have two or more colors that join together on their coats to form patterns.

Choosing your favorite breed may be easy once you compare sizes, grooming needs, temperaments, health issues and coat types. Depending on which breed you favor, the selection of a dog fur color or dog coat pattern may present you and your family with a fun challenge.