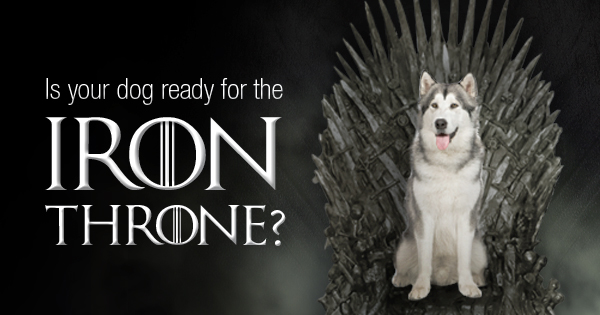 The hit series ‘Game of Thrones’ has recently completed its sixth stunningly successful season on air and has racked up literally hundreds of Emmy nominations for continuing to air high-quality programs with broad appeal. Some of that appeal stems from its powerfully interwoven plot lines about a long-contested throne in fictional kingdoms, part is due to its excellent production values, and part is also due to the tremendous acting of its very large ensemble cast.

If you were to take a playful look at some members of the show’s wonderful cast, you could easily imagine a dog breed which might be represented by the personality of several of the actors or even you cant get some dog names ideas if you are thinking on getting a new puppy. The characters mentioned below were named using the same rule-of-thumb guidelines that are often used to name dogs and other pets: strong-sounding 2-syllable names are easy to use and remember, names should not sound like any commonly used action word, and it’s often fun to confer a name that is suggestive of heritage or conveys the character’s personality (or the dog’s personality).

Hodor – Neapolitan Mastiff. Hodor the noble and gentle giant is guardian and defender of the Starks, just as a Mastin Napolitano might defend and guard its family. With deeply protective instincts, the dog breed exhibits many of the same qualities that Hodor does on the TV show.

Arya is a lovely, highly energetic tomboy of a character in the TV series, just like her dog breed counterpart, the Pinscher. Arya is also a loving sibling and devoted family member, much like the Pinscher is, and her spirited outlook matches that of her canine reflection.

Sansa is the beautiful princess who exudes grace, wit, and intelligence. Like her Shih Tzu companion, Sansa is gentle, alert, and loyal to a fault.

Bolton is a dark character in the series, absolutely unafraid to take on adversaries, and seemingly always planning and scheming. While Rottweilers lack the dark, scheming quality associated with Bolton, they do have that same fearlessness and bravery in action.

Tyrion from Game of Thrones may not be the biggest adventurer in the world, but he certainly lacks nothing in persistence and commitment. The pug breed shows that same kind of stubbornness in sticking to a task, and the same loyalty to its master.

Leader of a huge warrior clan in fictional Essos, Drogo is fearless in battle and a tremendous leader for his people. The Cane Corso breed has the powerful built exhibited by the warlord Drogo, and is well known for its hunting ability. 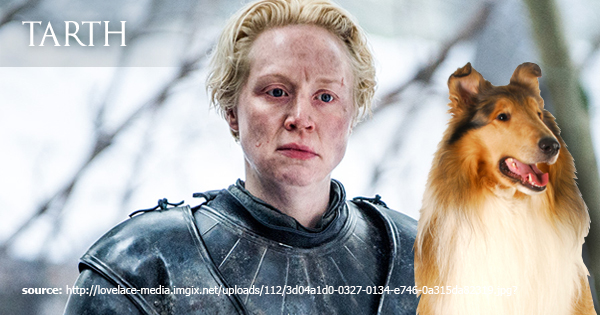 Brienne of Tarth is a beautiful lady of nobility who would prefer to do battle as a knight of the realm. While Collies are among the most beautiful dog breeds in appearance, they are also very active, loyal, and intelligent.

Tormund on GOT is a willful and powerful warrior, leader of a tribe of wildlings. Much like its TV counterpart, the Finnish Spitz is a highly independent and active dog breed.

The smallish dog Yorkshire breed is highly reminiscent of the youngest of the Stark children, Ryckon, and has the same intelligence and loyalty.They also look like puppies even when they are already grown ups and the inspired the same tenderness as this character does.

Like the Saint Bernard breed, Sam Tarly is somewhat over-sized, but lovable, loyal, and intelligent. This could be an awesome for big fluffy easy going dogs.

All of these fantastic characters, both human and canine, originated from the fertile imagination of George RR Martin, in his epic series of fantasy novels, A Song of Ice and Fire, and all the above associations with modern dog breeds are simply the ideas we came up with. If you observe these characters closely, you will probably be able to come up with your own suggestions and ideas let us know if you do, we would love to know!!