If you love the luxurious locks of long haired cat breeds, consider welcoming one of these fluffy and friendly felines into your home. 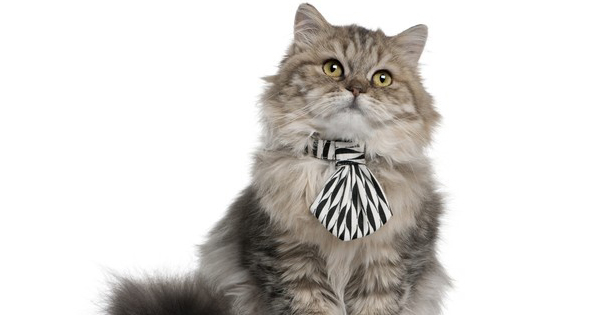 The Maine coon is the official state cat of Maine, where the breed is believed to have originated. Maine coons are large, muscular and powerful. Their coat is thick and long, and these long haired cats are embellished with plumed tails, ruffs around their necks and furry tufts on their ears and toes. The coat pattern may be tabby, bicolor, tortoiseshell, shaded or a combination of tabby and tortoiseshell. Maine coons are gentle, laid back, friendly and playful. They get along with other pets and children.

The Siberian originated in Russia, where it holds the title of the country’s national cat. Like the other forest cat breeds, the Siberian is a substantially sized cat with a muscular physique, a broad chest and large paws. The coat is semi-longhaired and may display any color or pattern with the exception of color points. The Siberian is highly sociable and loves children. These fuzzy cats crave human companionship and are devoted to their owners.

The Persian is an ancient breed that originated in what is known today as Iran. Of all of the longhair cat breeds, the Persian wears the longest coat. Desired for its glamorous long coat, the Persian consistently remains among the top three most popular feline breeds on the Cat Fanciers’ Association breed registry. The Persian coat is available in a wide array of color choices, including the pointed variation known as the Himalayan. Persians have sweet, quiet and mellow dispositions, and they get along with other pets and children. Persians must be groomed daily to maintain the glorious coat and keep it free from mats and tangles.

Birman cats were the creation of Burmese priests, but they were developed and established in France during the 1900s. The semi-longhaired coat of a Birman is typically white with color points on the mask, ears, legs and tail. Like other color pointed cats, Birmans have blue eyes. Birmans are placid, inquisitive and sociable. They get along well with children and other pets, and they bond closely with family members.

Developed during the 1960s when an American breeder crossed a white female Persian with a male Birman, the Ragdoll is a domestic hybrid feline breed. The large cat is clad in a semi-longhaired coat that may be bicolored or exhibit color points. Some ragdolls appear to sport mittens, and all ragdolls are blue-eyed charmers. Ragdolls are docile, affectionate and quiet. These long haired cats are known for going limp in their human’s arms when picked up.

The British longhair was developed by crossing British shorthair cats with Persian cats. The result is a medium-sized cat with a stocky and muscular build and a semi-longhaired coat. The coat is available in a wide selection of colors and patterns. British longhairs are mellow, gentle and affectionate.

The Nebelung cat was created in the United States by a breeder whose goal was to develop long haired cats that resemble the shorthaired Russian blue. The resulting breed is a medium-sized cat with a consistently blue coat of long, fine hair. The tail is plumed and the eyes are bright green. Nebelung cats are intelligent and quiet. They are affectionate toward family members, but they are shy around strangers. They get along with other pets and children who share their calm and quiet demeanor.

There are two semi-longhaired feline breeds that originated in Turkey, and both of these cats require fewer grooming efforts than other cats with fluffy coats. The Turkish Van is a medium-sized cat with a silky coat and a plumed tail. The coat is typically white on the body, and colored markings adorn the tail and head. The eyes may be blue or amber, and many Turkish Vans possess two different colored eyes. Turkish Vans are playful, and they love to splash and play with water. They get along with children and other pets, and they are insistent on joining in on all household activities.

Which one is your favorite? Find out here what you should know about these hairless kitties !