Dogs truly are man’s best friend. Read about some of the most loyal and faithful dogs around the world who refused to leave their owners’ gravesides.

Rockford, Iowa Hawkeye, a Chocolate Labrador, was best friend to Navy SEAL Jon Tomlinson when Tomlinson was killed in Afghanistan while protecting others. During Tomlinson’s funeral that was attended by over 1,500 friends, family, and military officials, Hawkeye got up and headed to the front of the crowd to lie next to Tomlinson, refusing to leave his side. Hawkeye now lives with one of Tomlinson’s best friends who also cared for Hawkeye during Tomlinson’s deployments. 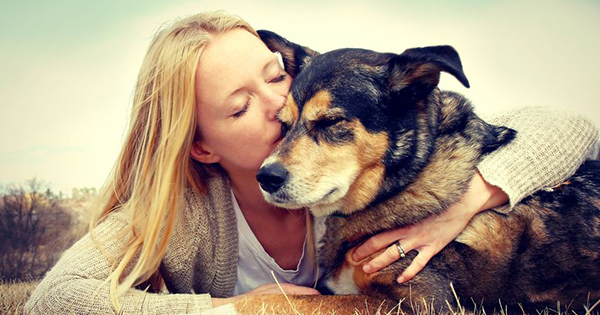 Tokyo, Japan Hachikō is remembered as a symbol of loyalty in his home of Japan and is fondly called chūken Hachikō, meaning Faithful Dog Hachikō. Every day, the Akita Inu would wait for Hidesaburō Ueno, his owner and a university professor, to return home at the Shibuya train station. In 1925, Professor Ueno passed away at work and did not return home on the train that day, but Hachikō continued to wait at the train station at the same time every day for almost ten years. A statue depicts Hachikō waiting for Professor Ueno outside the Shibuya Train Station.

Edinburgh, Scotland Bobby kept his owner, John Gray, company during his midnight street rounds as a night watchman in Edinburgh. A statue of Bobby, a Skye Terrier, stands near John’s grave in Greyfriars Kirkyard, where Bobby refused to leave until his own death fourteen years later. When the Scottish law that all dogs must have owners commenced, the Lord Provost of Edinburgh paid for Bobby’s license.

Borgo San Lorenzo, Italy An Italian brick kiln worker found an injured dog on the side of the road and brought him home, naming him Fido after the Latin word for faithful. For the next two years, the rescued dog waited at the bus stop every day for his owner to return from work, even during the daily dangers of World War II. Fido’s owner didn’t show up at the bus stop one day after he was killed at work during an air raid. Fido continued to wait for his owner at their meeting place for the subsequent fourteen years.

Silverton, Oregon Bobbie was lost while his family was on vacation in Indiana in 1923. Unable to find their pet, the family returned home to Oregon and did not see Bobbie again until about six months later, when the muddy and matted Collie Mix showed up back home. The story was confirmed by people seeing Bobbie on his 2,800 mile winter journey.

Cordoba, Argentina When Capitan’s owner passed away, he did not get to attend the funeral. However Capitan has visited his owner’s gravesite every night for the last six years. Capitan found his owner’s tombstone for the first time on his own. The graveyard director recalls watching a German Shepherd wander around the cemetery before finding his owner’s grave and lying down beside it. Capitan returns home to spend time with his family, but dutifully returns to keep company by his owner’s side each night.

San Francisco, California Bummer and Lazarus did not have owners, but were incredibly loyal to each other. These two stray dogs gained immunity from dogcatchers in the 1860’s due to their exceptional ratting skills and celebrity and infatuation by virtue of their heartwarming friendship. Bummer was a tough stray named for surviving off begging for scraps when he came across two dogs fighting. The smaller dog looked near death until Bummer stepped into the fight and nursed the dog back to health, who would soon be known as Lazarus, a name that refers to the saint that is brought back to life. The two became an exceptional ratting team and were often wrote about in newspapers, winning over the hearts of San Francisco.

Read about the most loyal dog breeds here.