There are many different types of small dog breeds and  toy dogs,  they all have their own unique traits. While many small dogs are often thought to be high-strung and loud, with the proper training, you can have a pleasant and obedient little friend. If you like the idea of having a lap dog as a pet, listed below are the top 10 small dogs today. The small dog breeds are divided into Long-Haired and Short-Haired. 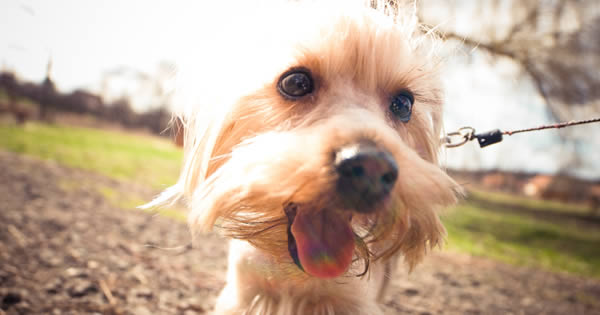 Pomeranians  – They are spitz-like dogs named after Pomerania in Europe. These are toy dogs  that can weigh anywhere from three to ten pounds. They come in many colors including orange, red, black, white, sables, partis and merles.

Yorkshire Terrier –  Yorkies were named after the English town of Yorkshire and were once used as ratters. They are toy dogs also and can weigh anywhere from three to ten pounds as well. They typically have long, straight hair that is black or blue and tan.

Toy Poodles – This dog is extremely smart and make excellent family pets. They are a wire-haired breed, which means they require regular clipping  and grooming. They typically weigh five to ten pounds and colors include white, black, orange and chocolate.

Shih-Tzu –  The Shih-Tzu  originated from China and can weigh anywhere from seven to 15 pounds. Like the Yorkie, the Shih-Tzu  has long flowing hair that comes in a variety of parti colors.

Pekingese  – The Pekingese  also came from China and can weigh anywhere from seven to 15 pounds as well. This toy dog is most known for its short legs and large eyes. Pekingese  come in many colors including red, orange, gold, cream and fawn.

Chihuahuas –  Perhaps the smallest of toy dogs, Chihuahuas  are named after Chihuahua, Mexico. They typically weigh three to five pounds and come in a vast array of colors including fawn, black and white, black and tan, cream, and gold.

Pugs –  The Pug  originated from China and is most known for its short snout, large eyes, chubby body and curly tail. They weigh between 15 and 20 pounds and can come in such colors as fawn, black, apricot fawn or silver fawn.

Boston Terriers – The Boston Terrier, widely known among dog fanciers as the American Gentleman, is a non-sporting breed that can weigh anywhere from 15 to 25 pounds. Allowable colors include black, seal or brindle with white markings.

Toy Fox Terrier – A feisty, small dog that is classified in the Terrier Group and originates from the U.S. These energetic dogs can weigh between three and eight pounds and come in several colors including tri colors or white with black, chocolate or tan markings.

So, there you have it. These are the top 10 breeds of small dogs today. Each one of these small dogs have their own unique personalities. As such, before you choose one of them for your family, be sure to conduct more research to ensure that you will have a life-long friend.