If you have a large or giant breed puppy, you may already be aware that it will not reach its full adult stature until 18 to 24 months. Normal growth spurts of cartilage and bone take place over the first year of a big puppy’s life to form the skeletal frame that will accommodate the weight and activity of your dog once it enters adulthood. It is not uncommon for owners of these growing youngsters to observe bouts of limping, and these puppies may appear painful when certain joints and bones are palpated. Do not shrug off your puppy’s symptoms as growing pains, however. These may be signs of bone diseases in dogs that occur during the growth stages. 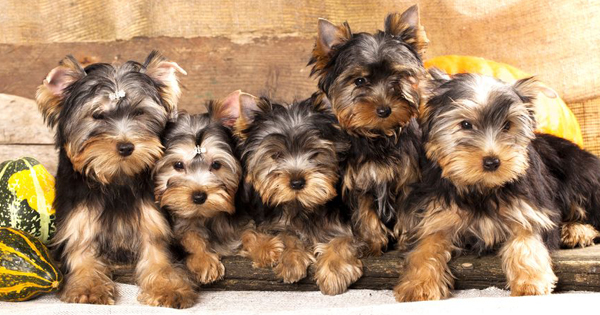 During a puppy’s growth stages, cartilage growth occurs before the bone forms. Once the cartilage grows, it becomes calcified, and some of the calcified cartilage serves as the framework for bone formation. When the growing cartilage fails to calcify, this condition is called osteochondritis dissecans. The cartilage is unable to adequately support the dog’s weight and activity, and fragments break away and become lodged in the joint. This condition typically presents in dogs of four to 12 months of age, and males have a higher incidence for osteochondritis dissecans. Nutritional deficiencies, disruptions of blood flow to the bone and genetics are all contributing factors to this bone disease in dogs. Some breeds that are predisposed to osteochondritis dissecans include:

Panosteitis is defined as inflammation of the long leg bones in young, large breed dogs. German shepherds are especially prone to this bone disease in dogs, and great Danes, basset hounds, Doberman pinschers, Rottweilers, Labrador retrievers and golden retrievers are also at risk. Panosteoitis is more commonly diagnosed in males than in females, and the front limbs are more commonly affected than the rear legs. The onset of panosteitis can occur at any time between six and 18 months of age, and the limping may wax and wane. The affected limb is painful, and some puppies may be lethargic and have decreased appetites. With treatment, the condition usually resolves between 18 and 24 months of age. The treatment for panosteitis consists of nonsteroidal anti-inflammatory drugs and restricted physical activity.

Diagnosis of Bone Diseases In Dogs

If your growing large or giant breed puppy exhibits any of the signs of a bone growth disease, your veterinarian will conduct a thorough physical examination of your puppy’s limbs and joints. Diagnostic tests that will confirm a diagnosis may include any of the following:

The aforementioned bone growth diseases are those that present as the result of disruptions in the normal bone formation process. There are two additional orthopedic conditions, both of which result in permanent structural abnormalities and degenerative bone disease in dogs. These two conditions are:

Both of these conditions can be diagnosed with radiographs.

If your puppy starts to limp or appears to have painful joints or limbs, schedule an appointment with your veterinarian for an evaluation sooner than later. Whether the symptoms are caused by a bone growth disease or degenerative bone disease in dogs, by obtaining a diagnosis early and administering treatment, you will decrease your puppy’s risk for developing early osteoarthritis in the future.