No matter which side of the political fence your personal philosophies trend, one thing remains consistent across the spectrum of America’s constituents. The White House first pets often garner more appreciative attention than the commander in chief. Here are the most popular presidential pets that have pranced the oval office, frolicked on the White House lawn and accompanied their first families on vacations and campaign trails.

When Herbert Hoover pursued his presidential candidacy, campaign advisors circulated a photographed portrait of Hoover posing with his dog, King Tut, as a ploy to soften Hoover’s stiff image. The Belgian shepherd did not fare well in the White House, however, and the dog’s instinctual stresses of serving as loyal protector to his master took their toll. King Tut only lived through Hoover’s first year in office. 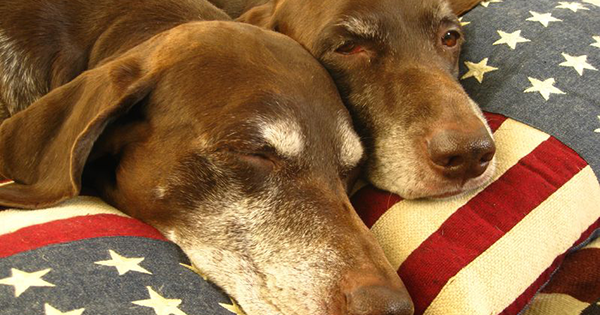 Fala was the Scottish terrier that belonged to President Franklin Delano Roosevelt, who served from 1933 to 1945. Fala was doted on by his master and tagged along on President Roosevelt’s numerous trips of business and pleasure. Fala is now buried near a sundial in the celebrated rose garden near the graves of the President and first lady.

Among his menagerie of presidential pets, the two most notable presidential dogs of President John Fitzgerald Kennedy were Pushinka and Charlie. Pushinka, a mixed breed, had the distinction of being one of the puppies of Strelka, the Soviet canine astronaut that orbited Earth in 1960 aboard Sputnik 2. Pushinka was a gift from Soviet leader Khrushchev to President Kennedy’s young daughter, Caroline. Charlie was Caroline’s Welsh terrier, who proceeded to sire a litter of four puppies with Pushinka.

The most famous of the presidential dogs belonged to vice President Richard Nixon. Checkers was the beloved black and white cocker spaniel that was mentioned in one of Nixon’s famous televised campaign speeches on September 23, 1952 in an attempt to gain voter support for the election ticket of presidential candidate Dwight D. Eisenhower. The tactic was a success. Eisenhower became the president with Nixon serving as the vice-president, and September 23 became designated National Dogs in Politics Day, or Checkers Day.

President Gerald Ford’s trusty canine companion was a female golden retriever named Liberty, introduced in the Oval Office by Susan Ford as a surprise gift to her father. President and pooch bonded instantly, and the two enjoyed the rituals of daily walks. When the president and first lady bred Liberty with a champion golden retriever in 1975, a litter of nine puppies resulted. The first family kept one of the female puppies and named her Misty.

Through two terms in office, President Ronald Regan was frequently accompanied by various dogs. Lucky was the Bouvier des Flandres that would partake in daily downtime with the president and accompany the first family to their vacation ranch in California. Rex, a Cavalier King Charles spaniel, was the smaller first pet that was often seen tugging at the end of the presidential leash. Victory was the name of a golden retriever that was presented to Regan during his first presidential campaign. Victory never resided in the White House, however. The Regans opted to keep the active retriever at their ranch to romp freely and to mingle with other animals on the property.

President George H. W. Bush was the proud owner of Millie, an English springer spaniel. Millie holds the honor of being the first presidential pet to scribe a book. The nonfiction bestseller was titled “Millie’s Book: As Dictated to Barbara Bush,” and the book described a day in the presidential life from Millie’s canine point of view. Portrayals of Millie were featured in such television shows as “The Simpsons,” “Murphy Brown” and “Who’s the Boss.” President Bush’s favorite first pet companion was Ranger, one of Millie’s puppies.

Socks the Cat and Buddy the Lab

Although presidential canines tend to take over the spotlight, there have been several presidential cats in the White House. When President William Jefferson Clinton first took office as president, the first pet became the most famous of all presidential cats. Socks was the black and white, adored feline of Chelsea Clinton, but was often sited perched atop of President Clinton’s shoulders. Socks also accompanied the first lady on visits to children and senior citizens. Socks was not at all happy to share the glories of being a presidential pet when President Clinton added a new first family member, a chocolate Labrador retriever puppy by the name of Buddy.

One of President Barak Obama’s first promises during his campaign was to grant his daughters their wish for a puppy upon his victorious win. The need for a hypoallergenic breed led Senator Edward Kennedy toward the Portuguese water dog, and Senator Kennedy presented the first family with a puppy that was named Bo. The outgoing, curly haired cutie became an instant sensation, accompanying first lady Michelle Obama to various functions and events. During President Obama’s second term, Bo was joined by a new companion when Sunny, a female Portuguese water dog, took up residence in the White House.

Regardless of how you may feel about a current president’s legislation, the photographic charms and commanding presence exuded by presidential dogs and presidential cats have an endearing way of putting a smile on every animal lover’s face.