Spaying and neutering are the most frequent surgical procedures performed on cats and dogs, rendering them unable to reproduce. Every year, thousands of unwanted kittens are euthanized in shelters across the nation. When you spay or neuter your cat, you will also contribute a benefit to society by reducing the number of unwanted litters. Several behavioral and health benefits are also gained when you opt to spay or neuter your cat. 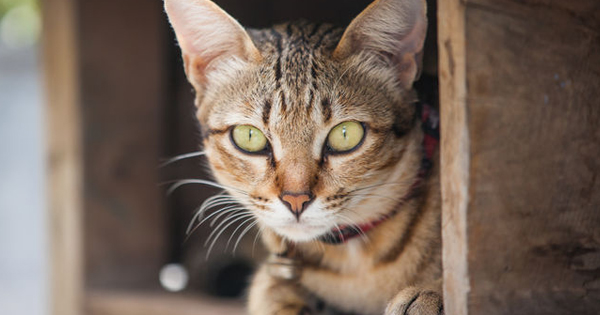 When to Spay a Cat

Spaying a cat involves the surgical removal of a female cat’s uterus and ovaries. A spay procedure is also referred to as an ovariohysterectomy. In addition to the benefit of reducing the unwanted kitten population, spaying a cat provides some important health benefits, including the following:

Female cats can be spayed as young as two months of age, which is common practice in many animal shelters. Most animal hospitals prefer to spay cats between five and six months of age. In order to gain the greatest reduction in risk for breast cancer in the cat’s future, it is essential to have the cat spayed before the first heat cycle, which can occur at any time between six and eight months. For each heat cycle that a cat experiences, the risk for breast cancer further increases.

Your female will need to recover and heal from a spay procedure for one to two weeks. During this time, you will need to keep your feline friend indoors, and you must prevent her from jumping and from licking the healing incision. Refrain from giving your cat a bath during this time, and replace cat litter with shredded newspaper in the litter box.

When to Neuter a Cat

The term neuter can be applied to the sterilization procedure for either gender, but it is most commonly used to refer to an orchiectomy in a male. Neutering a cat involves surgical removal of the testicles.

There has been some controversy regarding the ideal age at which a male cat should be neutered. Most animal hospitals prefer to neuter cats at five to six months of age. This is when a male cat is about to enter puberty, at which time the undesirable tomcat behaviors surface. Many shelters now engage in the practice of neutering a kitten as soon as it reaches three pounds. The goal of this policy is to ensure that all kittens are neutered prior to adoption so that future unwanted litters are prevented. While some concerns have been raised regarding this practice, studies have thus far revealed no adverse consequences to neutering a cat early.

The neuter procedure is one of the simplest and quickest surgical procedures of veterinary medicine, and the recovery is rapid. Most hospitals discharge neutered male cats on the same day as the surgery, and there is little home care needed for the recovering kitty.

Learn more about Main Benefits of spaying and neutering your pet

Home → Pet Care → Articles → Should I Spay or Neuter My Cat