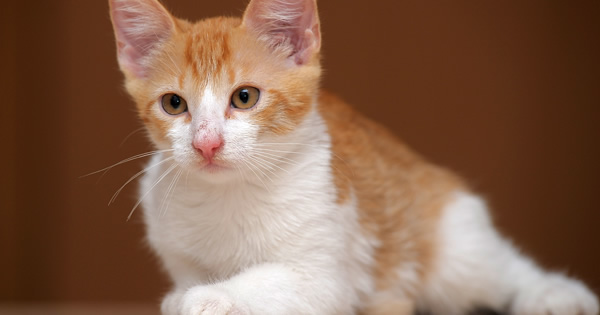 Fleas spread the infection by shedding the bartonella henselai in their feces. This excrement, commonly referred to as flea dirt, appears as tiny black flecks of debris on the cat’s skin. When the cat grooms itself, the bacteria-laden excrement is ingested. When a cat scratches an itch, its claws pick up the infectious flea feces, which then remain stuck in the cat’s claws. In addition to contracted cat scratch fever by consuming the bacteria while grooming, cats can also become infected by receiving a transfusion if the blood comes from an infected cat. Another route of transmission occurs if one cat is bitten or scratched by an infected cat. Humans contract cat scratch disease when a cat scratches their flesh with its contaminated claws. A cat can also transmit the disease by licking a human’s open cut or by inflicting a bite wound.

The majority of infected cats that are otherwise healthy can carry cat scratch disease and remain asymptomatic for lengthy durations. Stressful events can bring out the signs of illness in these cats. The symptoms may include a fever, lymph node swelling, ocular inflammation, oral infections and muscle aches. Some cats may be lethargic and experience a decrease in appetite.

Cats are not routinely tested for cat scratch fever. Once an infected cat exhibits signs of illness that are consistent with the symptoms of cat scratch disease, blood tests may be performed. There are five available blood tests for diagnosing the infection, but the tests are not always accurate. The circulation of the bartonella henselai within a cat’s bloodstream is intermittent. Since most of the tests check for the presence of bartonella antibodies, a cat’s failure to produce a sufficient number of these antibodies at the time of the blood test can lead to false negative results. The blood culture testing option may need to be repeated multiple times to attain a positive result.

Most otherwise healthy cats do not need treatment. The infection can clear up without treatment, but this can take several months. Since cat scratch fever is zoonotic, owners opt to pursue veterinary treatment once their cats present signs of illness in order to accelerate the process. A three-week course of an azithromycin antibiotic is the usual treatment plan. Be aware that some cats can become carriers of cat scratch disease, even after treatment.

There are proactive steps that you can take to prevent cat scratch fever. Keeping your cat strictly indoors prevents interaction with potentially infected cats and reduces you cat’s exposure to fleas. Ask your veterinarian to recommend a safe and effective flea preventative product for cats, and keep your cat on this preventative throughout the entire flea season. If you have any open cuts or sores, exercise caution when handling an infected cat, and do not allow your cat to lick the wound. Do not allow children to engage kittens or cats in rough play that can result in scratches or nips. Keep your cat’s nails trimmed short ( How to trim cat nails? ). If your cat is infected, consider placing claw caps on your cat’s nails to reduce the risk of sustaining scratches by your cat. This is especially important if you or another household family member has a compromised immune system.