Pancreatitis is an inflammation of the pancreas. This vital organ can be found next to the stomach. The function of the pancreas is to produce enzymes that aid in the digestion of food. The pancreas also produces insulin, a hormone that helps to regulate the metabolism of glucose or blood sugar. When the pancreas becomes inflamed, digestive enzymes are released into the abdominal cavity, damaging the intestines. 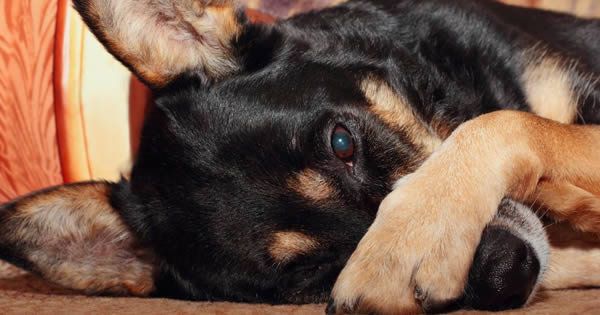 Pancreatitis can be incredibly painful. Dogs may exhibit a hunched posture, yelp when the abdomen is touched, or hide from the family. Pain can cause dogs to respond aggressively to handling; owners should take care when transporting pancreatitis dogs to the veterinarian.

Risks of Pancreatitis in Small Dogs

Risks of pancreatitis are reduced when medical intervention occurs in the early stages of the disease. Dogs that exhibit vomiting, lethargy, diarrhea, or inappetence should be seen by a veterinarian as soon as possible. When pancreatitis is diagnosed in its early stages, treatment is more successful and risks are fewer.

Exocrine Pancreatic Insufficiency (EPI) is a condition seen in dogs of every breed and of all ages. When a dog has EPI, the pancreas does not produce digestive enzymes. A dog with EPI eats copious amounts of food, yet it remains constantly unnourished. This is because the food being eaten is not being properly digested. A dog with untreated EPI will die of organ failure as a result of malnourishment.

Is Pancreatitis in Dogs Fatal?

Dog pancreatitis can be fatal in some cases. The prognosis depends on how quickly the dog is diagnosed. The dog is more likely to recover if it responds well to initial therapies. Dogs that are not treated for pancreatitis may go into shock, develop depression, or progress to hemorrhagic pancreatitis. Sudden death is a possibility if the illness progresses this far.

How to Treat Pancreatitis in Dogs

The successful treatment of dog pancreatitis is dependent upon early diagnosis. When mild pancreatitis is diagnosed, veterinarians offer recommend withholding food and water from the dog for a specified amount of time. This treatment allows the pancreas to stop releasing digestive enzymes.

Pancreatitis dogs often return home with prescription medication and special diet recommendations. Medications must be given as prescribed and special diets followed. Owner compliance can determine whether a dog survives pancreatitis or not.

Home → Pet Care → Articles → What Is Pancreatitis in Dogs