Find here the most important who, what, where, when and why questions of dog attacks.

Which dog breeds are the most aggressive and what victims are most vulnerable? The most common dogs to attack are Pit Bulls, followed by Rottweilers. Pit Bulls and Rottweilers are responsible for almost 75 percent of dog attacks each year. Chained dogs are almost three times more likely to bite. Children are the most frequent dog attack victims, accounting for 66% of victims. The elderly and US Postal service workers are also likely targets for dog attacks. 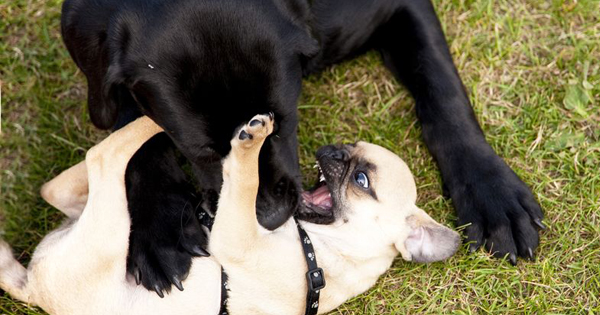 What should I do after my dog injures someone?

Where do most dog attacks happen?

Texans suffered the most fatalities from dog attacks in 2014 at 7 deaths. In 2013, the top five states for pet owners to file claims after their dog attacked were California, Illinois, Ohio, Texas, and Pennsylvania. About two-thirds of dog attacks occur on or near the victim’s property.

When should I beware of a dog becoming violent?

Dogs baring their teeth or growling are a telltale sign that they are becoming aggressive and may attack. You should always heed to “Beware of dog” signs and stay wary of chained dogs. You should also remain wary when a dog seems stiff or has raised fur. When the whites of a dog’s eyes become visible, it is a sign the dog is feeling anxious. Though anxious dogs will not necessarily bite, he is more likely to be feeling uncomfortable and attack, and should be given space. For more information about the do’s state of mind and reading his body language, please more read here.

Why do dogs become aggressive?

Dogs don’t bite just to bite- it is always a reaction with a cause behind it. If a dog is frightened or provoked, he will often become aggressive. Dog attacks are most commonly due to the pet either self-defending or trying to protect its owner. Dogs will also bite as a response to pain; if a dog is suffering from an uncomfortable medical condition or was previously abused, they are much more likely to attack.

Find here stats of the most common dog attacks.