In an issue of Science Magazine reported on research conducted by Dr. Elaine Ostrander and Dr. Leonid Kruglyak about the origins of today’s dog breeds. Their research was based on DNA evidence, and what it showed was that most dog breeds in existence today are relatively recent, being only a few hundred years old. 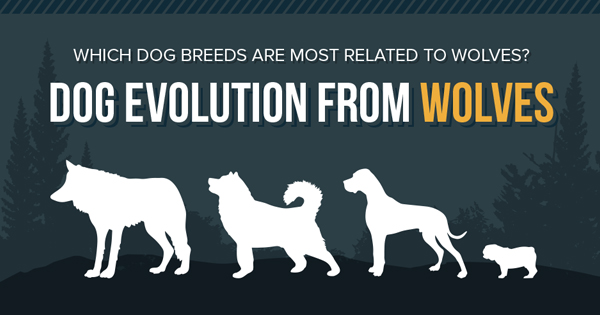 Many of these dogs share direct DNA, which means they also share physical traits that show evidence of that common ancestry. These dogs generally fall into three main categories: herding, hunting, or guarding dogs, and they’ve managed to become inured to millions of owners all around the world.

In some ways, however, the most interesting of all dog groups is an unrelated fourth group, and these are the dogs most closely related to wolves, having split away from true wolves as long ago as 30,000 years ago. Even though some of these cousins to the wolf do not bear the same physical characteristics today as their ancient wolf relatives, the DNA evidence tells us they are closely related.

Differences between wolf-like dog breeds and others

From the standpoint of ancestry alone, it’s easy to see why there would be differences between the wolf-like breeds, with their thousands of years of history, and all the other groups of dogs, whose history spans mere centuries. The wolf-like breeds of today may not be the perfect choice for a pet owner who seeks a cuddly, submissive pet to share affection with – even though wolf-breed dogs can be very affectionate and loyal, they often retain many of those characteristics which their ancient ancestors developed in the wild.

You can expect these dogs to have extremely sharp senses, to be more aggressive than other dog types, and to require a great deal of exercise, just like their ancestors. However, with just a little bit of training and patience, you can have a thoroughly devoted and loving pet from one of these dog breeds.

Here are some of the dogs whose physical appearance and DNA ancestry includes ties to the wolf :

First of all, it’s best to acquire your wolf-like dog at a young age, so it can properly bond with you and any other pets in the household. It’s also a good idea to do a little bit of research about the particular type of dog breed that you want, so that you are aware of best practices, and you can fulfill the needs of that particular breed of dog.

Make sure that your dog gets lots of exercise, because this will reduce its tendency toward aggressiveness, and will help keep it healthy and physically fit. Most of these breeds do not do well with packaged dog food on the market, and will prefer meals that you can inexpensively and quickly prepare for them. If you’re sensitive to what your pet really needs to stay happy and healthy, you can have a wonderful household companion for many years.