Dogs  enrich our lives every day simply by making us smile when we are sad and providing us with their company when we feel alone. They are perhaps the most noble creatures on Earth offering the ultimate in unconditional love. However, some dogs go above and beyond the norm as exhibited in the following amazing stories about dogs : true! 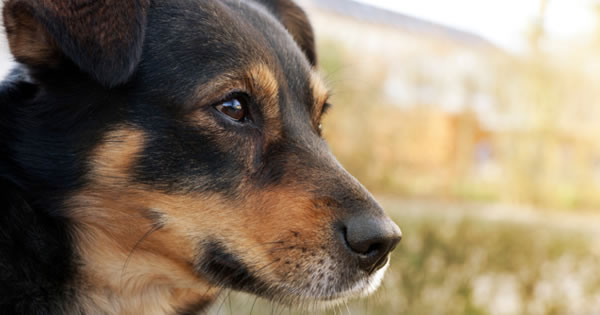 In 2003, a policeman in England found an abused and malnourished female Greyhound  cowering inside a locked shed. He took the dog to the Warwickshire Wildlife Sanctuary where a man by the name of Geoff Grewcock cares for sick and/or injured animals. Geoff named the Greyhound  Jasmine and immediately saw that she was a special dog.

Over the years, Jasmine played mother to animals of various species including puppies, badger cubs, guinea pigs, a fawn, rabbits, a goose, foxes and chicks. Jasmine became quite well-known and upon her passing, donations from all over the world were given to the sanctuary in honer of the legendary Greyhound.

Dogs and people can form amazingly strong bonds that often last long after the death of one or the other. This was evidenced in Argentina by a German Shepherd  mix male dog named Capitan. After Capitan’s owner Miguel Guzman died, he went missing for several days. However, he was eventually found by a funeral director lying next to Guzman’s grave.

According to the funeral director, Capitan arrived at the cemetery by himself and walked around various tombstones before finding his owner’s grave. The amazing part of this story is that Capitan had never been to the cemetery before. To this day, Capitan continues to visit Guzman’s grave each day at 6:00 pm.

Bella, a female Alsatian /Terrier mix, was playing in the streets of South Africa when she was brutally attacked while defending her neighbor’s property. While Bella was able to chase the criminals away, what makes this story so astonishing is that she did so with a large knife protruding from her forehead!

Although Bella did not seem to be bothered by the knife in her head, her owner rushed her to a local veterinarian. Upon arriving at the vet, Bella was quite happy and even wagging her tail. After about six stitches, the medium-sized dog  was just fine and as happy as ever.

Baks is a male Boxer  who lives with his owner Renata Kursa in Poland. Due to an accident in 2010, Baks lost his eyesight. At first, the dog did not want to do anything but sleep. Nevertheless, after a few months, a goose by the name of Buttons decided to befriend Baks.

Baks took to Buttons right away and in no time at all, Buttons had Baks on his feet and walking around. The goose leads Baks by allowing him to lean on her neck. At times, she will also honk at him to “tell” him which way to walk. Today, the pair are inseparable spending most every minute of the day together.

Dogs  are truly amazing and noble creatures that fill our lives with love and enjoyment. If you have had the wonderful opportunity of being a dog owner, you know how totally fulfilled and complete a dog can make you feel. Aside from the love between a parent and a child, there is no better love than the love between a person and a dog. More amazing stories here: Amazing true Cat Stories.