Every dog has its day, and in the world of comics and animation, cartoon dogs have had decades to prompt laughter from their audiences. These dog cartoon characters have also inspired pet owners when pondering the perfect name for their new puppy. 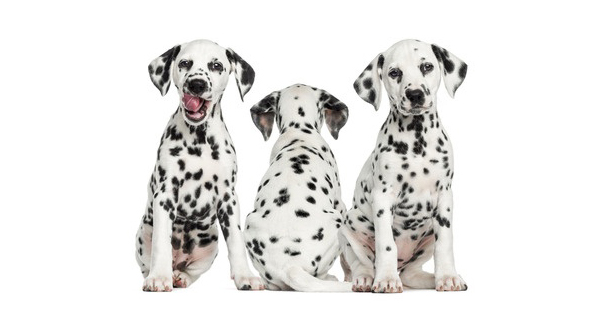 The most beloved cartoon character of all time is the beagle portrayed in Charles M. Schulz’ “Peanuts” comic strip. Snoopy first appeared in the comic strip in 1950, and the beagle appeared with the rest of the “Peanuts” gang after that in several animated films and holiday television specials. Snoopy achieved worldwide fame, and the character has been featured as a mascot in advertising campaign and has been sited as a larger than life balloon in the annual Macy’s Thanksgiving Day parade.

One of the most famous cartoon dogs is Scooby-Doo, the canine sidekick in Hanna-Barbera’s 1970s cartoon series “ Scooby-Doo ” and “Scooby-Doo, Where Are You!” Scooby-Doo is a Great Dane that belongs to Shaggy and tags along with Shaggy and his three teenaged friends as they embark on quests to solve mysteries and explain supernatural phenomena.

Hanna-Barbera, an American animation company, created “The Jetsons,” a 1960s cartoon that is set in the space age. Astro is the Jetson family’s pooch that adores its master, George Jetson, and is a beloved companion to the Jetson son, Elroy. Astro’s manner of speech in which each word begins with a soulful ‘r’ sound is one of the good-natured dog’s most endearing qualities, and Astro is one of the most loved dog cartoon characters.

Odie is the creation of Jim Davis, the cartoonist that creates “Garfield.” When Garfield’s owner opened his home to a long time friend, a dog named Odie was part of the package. To Garfield the cat, Odie is merely a hyperactive, slobbering and stupid creature that exists solely for the tabby’s torment. To audiences of the comic strip and the cartoons, Odie is half of one of the most beloved cat and dog pairings in the history of animation.

There are no cat characters in Mickey Mouse’s inner circle of friends, perhaps because Mickey’s days would be numbered in the presence of a feline. Instead, Disney granted the animated mouse with a canine companion named Pluto. The character first appeared in 1930, and as the only Disney character that did not speak, Pluto paved the way for creating humor in a cartoon animal character through animated physical pantomimes and personality traits.

Other Famous Cartoon Dogs of Distinction

If you have a new dog or puppy to welcome into your family, consider naming it after one of the above characters. Alternately, here are some additional notable cartoon dogs with names to ponder:

Meet the Famous Felines from the Zany World of Cartoon Cats.