The history of comic strips and animation has delighted audiences with a number of famous cartoon cats. These funny felines manage to elicit laughter, and some inspire new cat owners in the naming of cats. Find here a listing of popular cat names and cat naming tips. 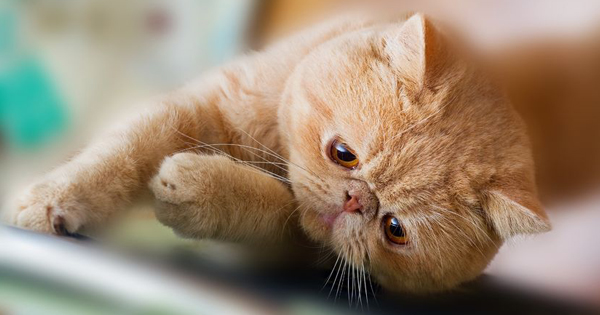 One of the most famous cartoon cats is the lasagna-devouring tubby tabby that first appeared in Jim Davis’ comic strip in 1978. Garfield quickly became a household name, featured on all manner of fan merchandise. Garfield’s popularity grew to earn the sarcastic feline a cartoon series and a feature film. Garfield’s quests for food and idle laziness, combined with his urges to torment his cheery housemates and his complaints against Monday mornings, have struck a chord of empathy in the wide audience of individuals that occasionally share in such malcontent.

The Looney Tunes tuxedo cat began terrorizing a yellow bird named Tweety in 1947. Sylvester, known to Tweety as “Puddy Tat,” will stop at nothing to capture his feathery prey. Tweety is no birdbrain, however, and he has demonstrated time and time again his quick thinking and resourcefulness to escape Sylvester’s clawed clutches.

Tom the cat is the determined nemesis of a mouse named Jerry. The success of this animated duo is credited to William Hanna and Joseph Barbera. The cartoons, which center on the torment and violent defense tactics that Tom suffers while persistently stalking Jerry, debuted in 1940 and endured for decades.

Created in Japan by Yuko Shimizu in 1975, Hello Kitty has since become a popular cartoon cat throughout the world. Despite confusing reports that erupted in 2014 with regard to Hello Kitty’s species classification, Shimizu clarified that Hello Kitty is a cat that possesses human behavioral and personality traits. Hello Kitty now adorns all manner of clothing, accessories, home décor, and a host of other commodities.

The Cat in the Hat

Originally illustrated as one of Dr. Seuss’s literary creations for children’s books, the rhyming cat that is clad in a tall red and white striped hat and red bow tie came to animated life in films and television specials. The original book, which was titled “The Cat In the Hat,” was first published in 1957 and remains one of the most popular pieces of children’s literature today.

The rosy hued, long-tailed animated feline that graced the big screen during the opening and closing credit scenes of the 1960s “The Pink Panther” films became so popular that the cat’s own cartoon series premiered on the Saturday morning television cartoon lineup in 1969. The cat’s silly antics to thwart the animated Inspector Clouseau produced laughter from audiences and prompted the release of fan merchandise. This famous panther has since been utilized in advertising by companies to promote products that are known for their pink color.