Choking occurs when a foreign object becomes lodged in your pet’s throat and blocks the airway. Signs of choking include gagging, coughing, pawing at the mouth, panicked behavior, labored breathing, blue coloring of the gums and, if the airway is sufficiently blocked, loss of consciousness. The Heimlich maneuver is a live-saving technique that must be performed if your dog or cat is choking. 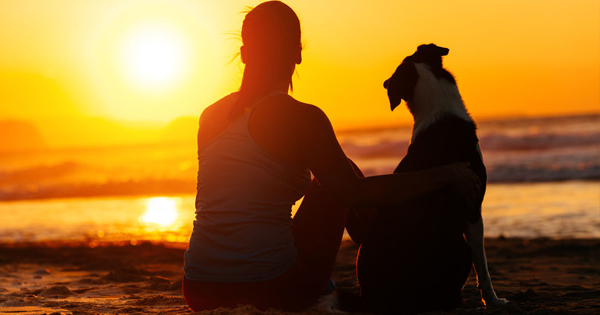 How to Perform the Heimlich Maneuver On a Dog?

Performing the Heimlich maneuver on dogs or cats should always be preceded with a visual inspection of the mouth and throat. Use both hands to open your choking pet’s mouth and to pull the tongue forward. If another person is handy, instruct that individual shine a flashlight into the pet’s oral cavity. If you can see the foreign object that is trapped in your pet’s throat, make an attempt to grasp the object with your fingers, and pull the object out. Alternately, you may firmly grasp the object with tweezers or pliers. If your panicked pet is conscious and you cannot perform this task safely, then do not delay in rushing your dog to the closest veterinary facility at once. Choking is an emergency, and time is of the essence. Learn more here about the hidden dangers in dog toys.

For the purposes of the Heimlich maneuver on dogs, consider your dog small if you can easily lift the dog.

Step 1: Holding the dog by the front of its hips, lift and suspend the dog upside down, and gently shake the dog downward. Return the dog to a normal position. Quickly inspect the throat again and feel for anything that may have dislodged.

Step 2: If nothing was dislodged, proceed to hug the dog from behind, bringing your hands together in front of the dog in the center of the torso and just beneath the lowest pair of ribs. Perform abdominal thrusts by applying pressure inward and upward, simultaneously, in five quick thrusts. Quickly inspect the oral cavity again and clear anything that was loosened or dislodged.

Step 3: If nothing was dislodged, hold the dog in a standing position and apply five forceful slaps to the dog’s back in between the shoulder blades. Inspect the mouth and throat once again. If the object is still lodged in the throat, repeat steps one through three until the object is dislodged.

If the dog loses consciousness, this means that it cannot breathe in adequate oxygen. If this occurs, you will have to provide breaths for the dog in between the above steps. Do this by holding the dog’s mouth closed while sealing your mouth over the dog’s nose and exhaling five breaths into the nostrils. Reopen the dog’s mouth after the fifth breath and continue the attempts to dislodge the foreign object.

If your dog is too heavy to lift and is conscious, keep the dog standing and perform step two as described above, repeating until the object is dislodged.

If your dog is unconscious, lay the dog on its right side so that the left side is facing upward. Kneel on the floor in front of the dog’s chest. Wrap one arm around so that your hand can support the dog’s back and hold the body in place while making a fist with your other hand and placing it in the same position as described in step two to apply the abdominal thrusts.

As in the case of a small dog, if the large dog is not breathing, provide five breaths in the same manner in between dislodgement attempts.

The Heimlich maneuver for cats can be performed with steps one through three as described for the small dog Heimlich maneuver. For step two, you may alternately lay the cat down on its right side. Place one arm along the cat’s back to hold the body in place during thrusts, and place the other hand in the center of the abdomen and below the lowest pair of ribs. Apply five sharp abdominal thrusts, inspect and clear the oral cavity, and repeat the thrusts if nothing dislodged. Continue these steps until the airway is cleared. If your cat is not breathing, provide five breaths into the cat’s nose in between steps to dislodge the foreign object.

Once a foreign object has been dislodged and cleared from your pet’s oral cavity, make sure that the dog or cat is breathing and has a heartbeat. If your dog or cat is not breathing or does not have a heartbeat, commence artificial respiration and CPR, and get your dog to a veterinarian immediately. Even if your dog or cat appears none the worse for wear once it is breathing freely again, a veterinary examination is advisable to rule out any effects of oxygen deprivation or damage sustained in the airway.