Canine parvovirus, commonly referred to simply as parvo, is a highly contagious viral infection that affects dogs. It is most often seen in puppies under the age of six months, and the illness is fatal without proper treatment. 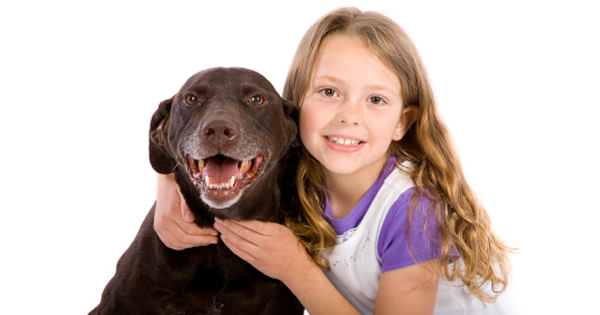 The canine parvovirus is extremely contagious. The illness can be transmitted via direct contact with an infected dog, and it can also be contracted when a healthy dog ingests fecal matter from an infected dog. The virus survives in the soil for several months, unaffected by dramatic temperature changes. You can bring the virus home on your shoes simply by walking where an infected dog has defecated. Bleach is the only known chemical that effectively kills the parvovirus. Breeding facilities, shelters and pet stores that deal with high volumes of dogs may lapse in vaccination schedules or in proper cleaning and disinfecting protocols, thus increasing the risk for an outbreak of the virus. Canine parvovirus can afflict any breed, but there are also a few dog breeds that have a higher vulnerability to the illness. Some of these breeds include:

Symptoms of Parvo in Dogs

The incubation period between initial contact with the virus and the appearance of symptoms is between three and seven days. Dogs who contract canine parvovirus are noticeably sick and exhibit the following symptoms of parvo :

Dogs with parvo dehydrate quickly and become very weak because the virus prevents the body from absorbing nutrients and fluids. Dogs with parvo suffer from abdominal discomfort. Parvo in dogs can lead to secondary infections as the virus infiltrates the intestinal tract and bone marrow, destroying white blood cells and compromising the immune system.

If you notice any of the aforementioned symptoms in your dog, it is best to err on the side of caution and have him evaluated by his veterinarian sooner than later. If you are able to collect a sample of your dog’s stool, bring that along to your appointment. Once your veterinarian performs a physical examination, which will include palpating your dog’s abdomen and checking for dehydration, he or she will likely run a fecal test and some blood panels. Dogs with parvo will have a low white blood cell count.

Treatment of Parvo in Dogs

The majority of dogs with parvo responds to prompt and aggressive treatment and achieves recovery. Dogs with parvo must be hospitalized so that they can receive proper treatment. Patients are placed in an isolation area so that other patients are not placed at risk. The goal of treatment is to prevent secondary infections and to provide symptomatic relief and supportive care. Intravenous fluid therapy is administered to combat dehydration and maintain electrolyte balances. Drugs to alleviate nausea and antibiotics to prevent secondary infection are also used.

Once a dog with parvo is discharged from the hospital following successful treatment, he must be kept at home to rest to that his immune system can fully recover from the ordeal without being exposed to other illnesses. Since dogs with parvo can continue to shed the virus for several weeks following initial recovery, keeping them at home prevents other dogs from becoming infected.

Prevention of Parvo in Dogs

Thanks to vaccination, the incidence of canine parvovirus cases has dramatically decreased. Early vaccination protocols administered in young puppies play a key role in prevention. When your veterinarian vaccinates your puppy or dog with a combination vaccine, he or she is providing your canine companion with protection against parvo and other canine diseases, such as distemper, parainfluenza and adenovirus. Puppies must receive a series of inoculations in order to build up immunity, and they should not interact with other dogs outside of the household until at least two weeks after their final vaccine in the series. Follow your veterinarian’s recommended guidelines for an effective vaccination schedule after that to maintain a strong immunity in your dog for life.