When you hear your cat purring as the two of you settle into a cozy chair together, the sound is sure to bring you a sense of calm and contentment. As you ponder the purr, several questions surface. Why do cats purr ? How do cats purr ? 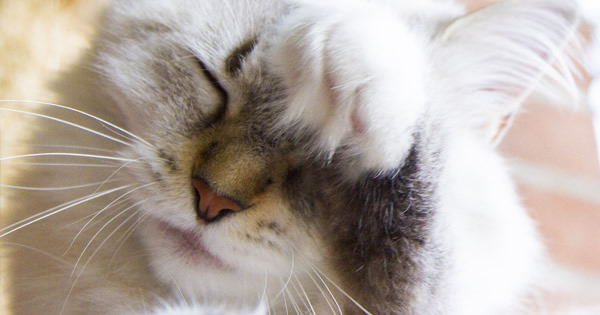 Why Do Cats Purr?

The widely believed notion that cats purr to show happiness is only partly true. Your cat will purr as a means of expressing contentment, but cat purring is a method of communicating other messages as well. Mother cats and their kittens will purr to communicate with one another. The mother cat purrs to bond with and soothe her kittens and to announce to her brood that she is nearby, and the kittens purr to reassure their mother that all is well. If your cat awakens you in the wee hours of the morning with insistent purrs that carry a vocal tone, your hungry kitty is trying to communicate the need its for breakfast. Cats purr when they need or want something from their owners. If you have reason to believe that your cat is ill, do not use purring as a gauge of feeling well. Many cats will purr when they are feeling discomfort or stress as a means of soothing themselves.

How Do Cats Purr?

The Healing Power of the Purr

Your cat’s purr ranges between 25 and 150 Hertz. As this low frequency of vibration reverberates throughout your cat’s body, healing is promoted. The frequency of a purr is the ideal therapeutic level that helps to reduce pain and swelling and to heal wounds and minor bone and muscle injuries.

If you love cats and their purrs you must read these amazing true cat stories !