If your dog is scratching at his ears obsessively, the culprit of his itchiness may be a nasty arachnid parasite called otodecte cynotis, commonly referred to as the ear mite. Ear mites thrive inside the ears of dogs and cats, feeding off of the wax, oils and tissue debris within the ear canal. Ignoring your dog’s itch can result in a secondary bacterial infection, and mites on dogs can also lead to skin infections. Fortunately, ear mites in dogs are easy to eliminate. 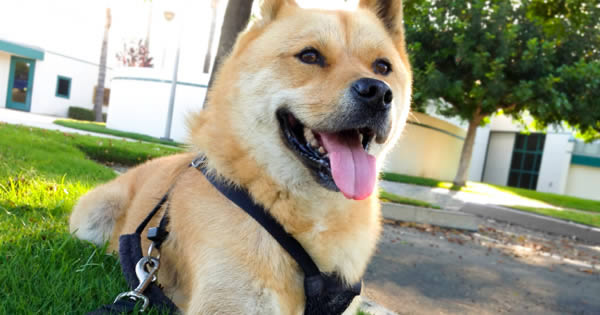 Although ear mites in dogs are less common than in cats, the problem is still prevalent. This is because ear mites are highly contagious, transmitted through casual contact with dogs and cats that harbor them. In homes where dogs cohabitate with cats that venture outdoors, the cats bring home ear mites and inadvertently share them with their canine housemates. Dogs that play in dog parks can come into contact with mites on dogs. Puppies and dogs that are obtained from pet shops, shelters and other facilities where there is a high turnover volume of animals are often diagnosed with dog ear mites during their initial veterinary examinations. The good news for pet owners is that dog ear mites generally do not invade human ears.

Symptoms and Complications of Ear Mites in Dogs

Mites on dogs will make their presence known with a number of noticeable symptoms :

Ear mites make a dog extremely itchy and miserable. Imagine the sensation of having an infestation of eight-legged bugs constantly crawling around inside your ears. In your dog’s desperate attempts to relieve his itching, he can inflict further trauma to himself. Scratches on his outer ear and head can become infected, and violent shaking of his ears can result in broken blood vessels that turn the pinna of his ear into a fluid-filled pocket. This condition is called an aural hematoma. As the waxy buildup accumulates and blocks the ear canal, his ears become highly susceptible to bacterial infections. If an ear infection remains untreated, damage to the eardrum will be sustained.

Ear mites are nearly invisible to the naked eye. If you observe any of the aforementioned signs and symptoms in your dog, bring him to a veterinarian so that he can evaluate the problem and begin a simple treatment that will provide your dog with the swift relief that he desperately needs. Your veterinarian will inspect your dog’s ear canals and take a swab of the debris seen. This debris can be smeared on a slide to be viewed under a microscope to detect the presence of mites. Alternately, if your veterinarian has a digital otoscope, he can insert the scope into your dog’s ear canals and take in a significantly magnified view on a monitor screen. The ear mites will appear as white bugs, actively crawling along the walls of the ear canal.

Treatment of Ear Mites in Dogs

Once your veterinarian confirms a diagnosis of ear mites, he will prescribe drops to apply in your dog’s ear. Some ear mite treatment products only require one application in order to kill all adult mites and the eggs. Other products that only kill adult mites must be applied twice. The lifespan of mites on dogs is three weeks. The first round of treatment is applied over the first few days to kill all of the adult mites. Treatment is then halted for the following few days so that the eggs have a chance to hatch. Treatment is subsequently repeated to kill the new mites. Your veterinarian will likely want to inspect your dog’s ears after the treatments have been completed to confirm that all mites have been eliminated.

If your dog has developed a secondary ear infection, additional treatment will be implemented. Your veterinarian will likely recommend that you clean your dog’s ears with an ear cleaning solution in order to remove the accumulated wax and debris, and he will prescribe an otic antibiotic to combat the infection. If other dogs or cats reside in the household, you should assume that they also have ear mites. All dogs and cats must be treated for ear mites simultaneously to prevent reinfection between pets, and all bedding should be washed thoroughly or replaced.

Consider pet insurance through PetPremium to be able to reimburse a big part of the costs of veterinarian visits. We offer 4 different level plans with flexible preventive options, fast claim payments, and many more great options!