Learn some of the factors that may deem your neighborhood dog “dangerous”.

Many states have “dangerous dog” laws that hold owners fully responsible for any bodily injury or property damage their dog causes if the dog has been deemed “dangerous”. While there is no set standard of what defines a dog as dangerous, there are some common characteristics that factor into deeming a dog dangerous, such as their size, strength, history, and the breed. 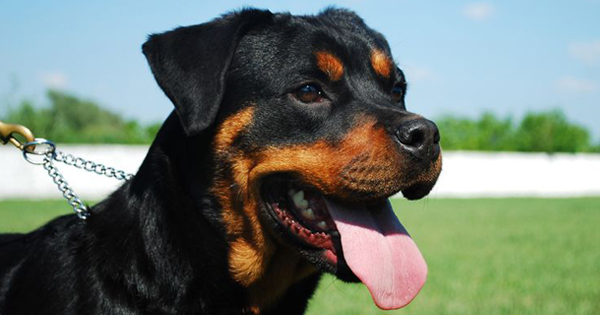 Though most dogs will not be considered dangerous by officials purely due to their size or strength, these factors can increase the threat a dog poses. Rottweilers are often considered dangerous due to the combination of their aggressive behavior and strength. Rottweilers are considered to have the strongest bite at 328 pounds of pressure. German Shepherds have the second strongest bite with a force of 238 pounds and Pit Bull Terriers closely follow with a bite of 235 pounds of pressure. To put these breeds’ bite strength into perspective, the force behind an average human’s bite is 120 pounds.

Very large breeds can be considered dangerous, too. Some of these breeds are exceptionally docile, but accidentally cause injury or damage while trying to be affectionate. According to the American Kennel Club, the largest dog breeds include Great Danes, Mastiffs, Newfoundlands, Dogue de Bordeaux, and Cane Corso.

History is perhaps the most important aspect when defining a dog as dangerous. If your pet has ever bitten or attacked someone or caused extensive property damage before without being provoked, he/she will most likely be deemed “dangerous” by your state. If your pet has been reported for aggressive behavior, such as excessive growling or snapping its jaws at a passerby, your dog may also be considered dangerous.

Unfortunately, no matter how friendly and affectionate your pet is, some dogs are considered “dangerous” or “potentially dangerous” solely due to their breed. Breeds that are commonly considered dangerous by state law enforcement and insurance companies include Pit Bull Terriers, Rottweilers, Wolf-hybrids, Mastiffs, Perro de Presa Canario, and Doberman Pinschers. Mixed breeds are typically considered more dangerous than purebred dogs due to behavior unpredictability that is associated with mixed genes.

While owners should be wary of potentially dangerous dogs, especially if they have small children, keep in mind that every dog is an individual, and a dog’s breed and history does not mean that the dog will definitely pose a threat to you.